Tramper's partner: 'Today I lost a part of me' 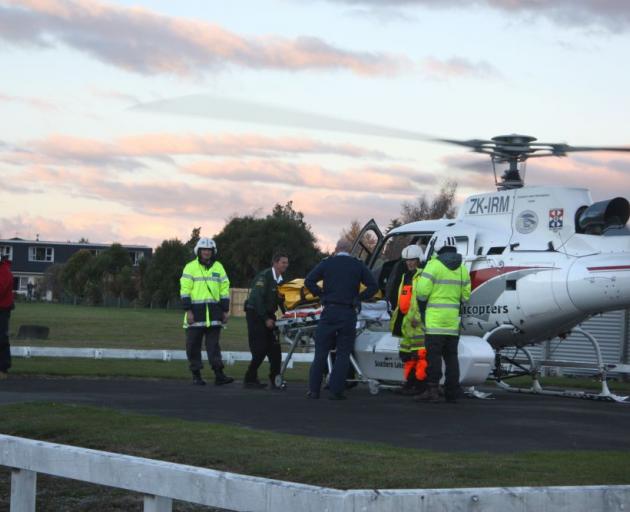 Rescuers remove the body of Yessica Asmin from a helicopter in Te Anau yesterday after she died crossing a Fiordland river. Photo by Brendan McBryde (Fiordland Advocate)
The partner of a tramper who died after being swept into a river in Fiordland expressed his grief yesterday at losing a loved one.

Mr Mcnabb's Indonesian partner Yessica Asmin was swept away on Monday while crossing the swollen Pompolona Creek, which feeds the Clinton River, on the Milford Track.

Miss Asmin was living in Sydney and studying at the University of New South Wales.

The body was seen from the air by the search party.

Miss Asmin was attempting to cross the Pompolona Creek, which another group of walkers had crossed without difficulty about two hours before, when she was swept away about 3pm. 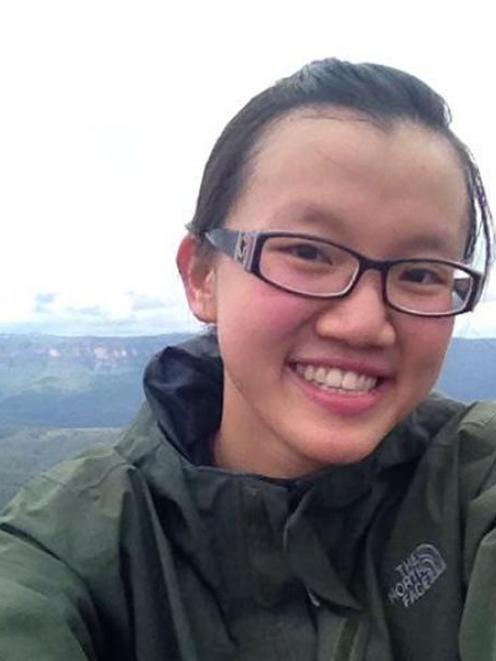 ''It's a sad ending to some poor girl's adventure overseas,'' he said last night.

He was pleased the group was able to ''bring closure to a horrible scenario'' for the family by locating Miss Asmin.

''I don't know how experienced they were to deal with the conditions, with the creek crossings that they were doing and the amount of rainfall they had,'' she said.

''It's glacier- and avalanche-fed creeks and rivers in there, so it's only a matter of hours before things can be totally impassable ...

''If you're not confident in crossing a river like that, the best option is to just stay put or head back for shelter.

''But they're young guys and they obviously thought they could make it. It's just a real tragedy.'' 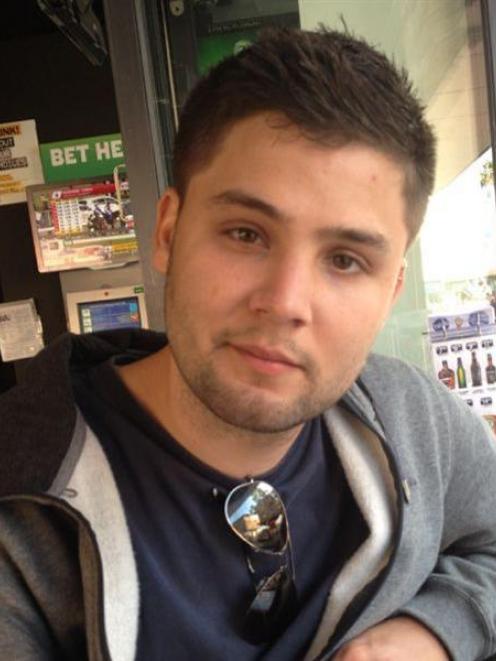 Sean Mcnabb
A German tourist who accompanied Miss Asmin and Mr Mcnabb on their ''freedom walking'' trek told the Sydney Morning Herald how he had slipped and smashed his shoulder and mouth on wet rocks as he tried to rescue Miss Asmin.

Sebastian Keilholz (20), of Bamberg, said Miss Asmin was mid-stream when she was overwhelmed by the water.

He and Mr Mcnabb crossed the rain-swollen stream first and then Mr Mcnabb went back to help Miss Asmin cross. But as they crossed together, the river overpowered Mr Mcnabb mid-stream and he fell. He grabbed a rock to halt his slide until Mr Keilholz could reach him and pull him out.

''We told her to stay there, where she was, but she was so in panic that she also fell into the stream,'' he said.

''Sean was saved so I ran as fast as I could to help Yessica. I fell two times, but I stood up and ran.

''The rocks were so slippery, that I fell again, two times on my shoulder and then on my mouth. My teeth were broken, blood came out of my mouth and Yessica was gone.''

The two men activated an emergency beacon, which was picked up by the National Rescue Co-ordination Centre about 6pm on Monday, but poor weather prevented a helicopter rescue.

Snr Sgt Fairley said: ''The German tourist ran to that [Mintaro] hut and they went back and found the boyfriend. This second party took them back up to that hut and they stayed the night.''

The men were quite fortunate to make it up to the hut because they were wet, injured and it was getting cold, she said.

Miss Asmin's parents arrived in Te Anau late yesterday with a family friend, who was acting as their translator.

They are also being supported by an Indonesian embassy representative, who had travelled from Christchurch. Her parents travelled to Invercargill last night.

Mr Mcnabb and Mr Keilholz returned to Queenstown on Tuesday.

The trio had started the Milford Track Great Walk from Te Anau on Monday morning.

The track is closed to guided walkers from May 1 to October 27 but is open, with reduced facilities, to independent trampers.

Bad weather had prevented a helicopter reaching the area until 7.30am on Tuesday, when Mr Mcnabb and Mr Keilholz were airlifted out.

Mr Mcnabb was being helped by Victim Support and was ''pretty shocked and fatigued'', Snr Sgt Fairley said.

His family was on their way to New Zealand.

The death will be referred to the coroner. - Additional reporting Fiordland Advocate/APNZ 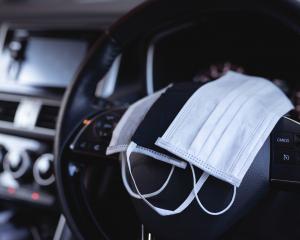