Following Seymour Hersh's second talk on little-known truths behind American policies in the Middle East, Nicky Hager gave his take on what the New Zealand military have really been doing in Afghanistan over the last decade.

Even our genuine roles in reconstruction supported America's invasion of Iraq, says Hager, and despite Helen Clark's efforts to keep us out of the Gulf War, parts of the military involved New Zealand.

According to Hager, even principled people can be outmanoeuvred by spin if they don't have access to the truth.

Principles do not seem to figure at all for some of the characters in festival stalwart Dave Armstrong's Kings of the Gym at the Lake Wanaka Centre.

John Leigh nails louche PE teacher Laurie, a spectacular underachiever whose abhorrence of PC niceties appals his boss just as it endears him to the kids. He is supported by deputy Pat (Brett O'Gorman) in defiance of martinet principal Viv (Bronwyn Bradley).

Enter born-again Christian trainee teacher and potential Silver Fern (Cian Elyse White) and things will never be the same. Armstrong milks every sacred cow and the second half just gets better as he twists plot and characters with consummate comedic skill. Chalk up another winner. 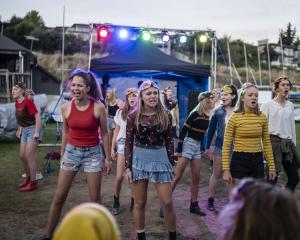