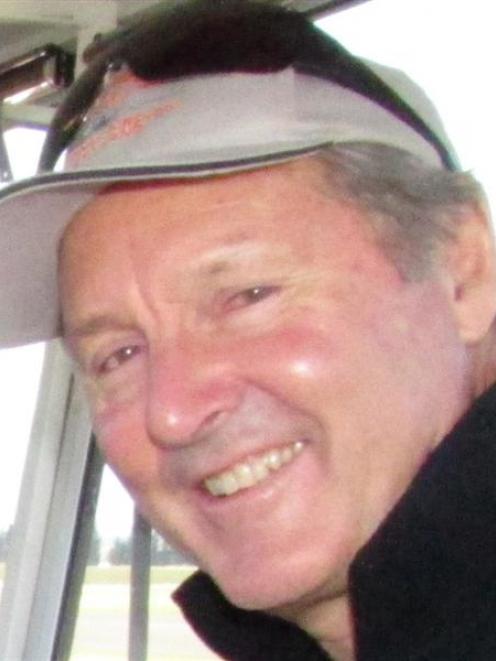 Kevin Bathwaite
With their talk of directing, choreographing and conducting, one might have thought the air traffic controllers at this year's Warbirds Over Wanaka International Airshow were better suited to careers on the stage.

While Wanaka Airport was busy yesterday preparing for an estimated 65,000 visitors during Easter weekend - most of whom will arrive by road - the controllers were bracing for up to 2000 aircraft arrivals and departures over four days.

This compares with 12,771 aircraft movements, or an average of 440 a day at Auckland airport in February.

Mr Brunton, a former air ambulance pilot, is being assisted by another licensed air traffic controller, Kevin Bethwaite, of Christchurch, who is also the president of the Canterbury Gliding Club. 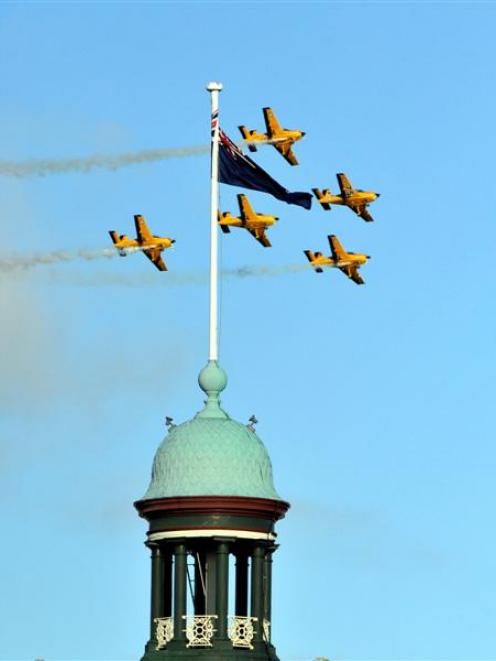 Photo by Gregor Richardson.
Between them, they have 82 years of aviation and air traffic control experience and they have controlled many displays around New Zealand.

A separate team of four Airways air traffic controllers will be working when Mr Brunton and Mr Bethwaite are not on duty.

A Royal New Zealand Air Force display director will also be on duty.

"There are 60 aircraft in the display and we are expecting another 60 aircraft to arrive and stay here. The total movements for four days, at a guess, would be 1500 to 2000, including Air New Zealand," Mr Brunton said.

Air New Zealand has cancelled its scheduled daily noon flights but is bringing several chartered aircraft to Wanaka throughout the weekend.

What keeps Mr Brunton and Mr Bethwaite coming back to Wanaka is their sense of responsibility for an event they were involved with from its earliest days.

"You see something build. That's not to say new people aren't going to come along and do a good job," Mr Bethwaite said.

The challenges of controlling an airshow were many.

Diplomacy, tact and sometimes brutal honesty were required, especially if time and conditions required a change of plan.

"Pilots, especially display pilots, are strong-willed people ... They are very focused on their job. There is a need for someone else to be looking sideways.

"They have to be left to do their own thing and they have to practise ...

"But sometimes you have to say, 'No, your display is cancelled today'.

"You can imagine that doesn't go down well," Mr Bethwaite said.

Mr Brunton likens it to being a conductor of an orchestra.

"If everything is going all right, the conductor is really quite insignificant.

"But he may have to bring in the percussion if things get out of sync."

Cloud hung about the tops of the hills but the skies above were clear for the team's 15-minute display of precision flying, mainly over Otago Harbour.

The late afternoon sunlight glinted on the yellow CT-4E Airtrainers as they swooped, twisted, turned, rolled and dived as a unit and in ones and twos, trailing coloured smoke.

At Unity Park, Mornington, a sizeable crowd gathered to watch the action.

"See that? Amazing," a boy said to his friend at one point. "Boy, that must be scary," his friend replied.

The display finished with the planes peeling off in a starburst pattern before heading off to the south.

The Red Checkers have been on a national tour in recent weeks to mark the 75th anniversary of the Royal New Zealand Air Force.

The final performances of the tour will be at Warbirds over Wanaka on Saturday and Sunday.