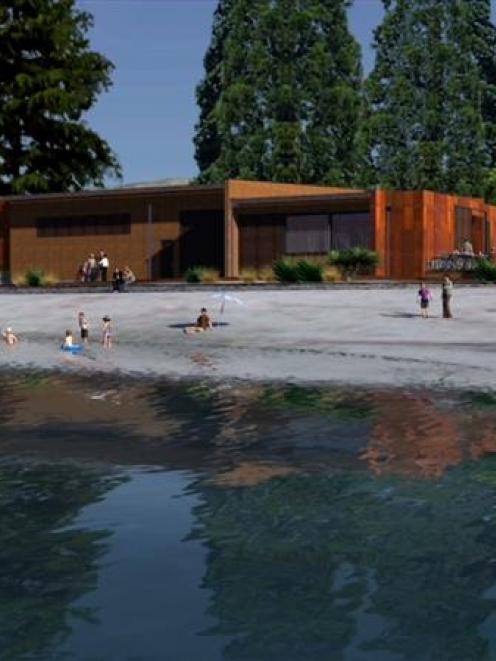 The Queenstown Lakes District Council yesterday agreed to lease recreation reserve land to the Wanaka Watersports Facility Trust for the building. The trust also lodged its application for resource consent from the council for the facility on Wednesday.

If consent is granted, it will be the third sports related facility approved in Wanaka recently. Work is under way on a new sports centre at the Three Parks subdivision and construction of an aquatic centre alongside it is due to start in January.

The trust is proposing a lakeside facility for people involved in non motorised watersports, at the western end of Roy's Bay.

The Wanaka lakefront reserves management plan, prepared last year, allows such a facility to be built on the Roys Bay Recreation Reserve.

It would be between the lake and the two sequoia trees.

The 420sq m building would provide storage for boats, a gym with 12 rowing machines and indoor changing rooms.

There would also be toilets, changing rooms, a washdown area and bicycle racks on the outside of the building, for free public use. The cost of running the building would be covered by user charges and it would not have any ''social space''.

The building would be on piles, at least 225mm above the ground, to reduce the risk of flooding damage.

The piles would also remove the need for earthworks, which would prevent potential damage to the sequoia roots. The grey steel roof of the building would be up to about 6m above ground level and the walls would be clad in cedar and steel.

The area around the building would be landscaped, including a ''tall hardy deciduous tree'' west of the sequoias, kowhai, a southern rata and low native plants.

An application for resource consent from the Otago Regional Council for a 0.5m high bund on the southern side of the building, to protect it should Stoney Creek flood, was ''currently being processed''.

A timber boardwalk, up to 1m high, would also follow the northern facade of the building. No car parks were planned as there was already sufficient car parking space nearby, the application said.

The trust's consultants believed the building would have ''minor'' environmental effects and were therefore asking the district council to publicly notify the application.

The trust commissioned landscape architect Anne Steven to assess the effects of the building on the landscape.

She found that, while the building would be widely visible, the ''landscape has the potential to absorb the proposed development well from a landscape character/visual perspective'' and the ''existing degree of openness and natural character of the southern side of Roys Bay would be substantially retained.

''... it is unlikely that there would be any significant adverse cumulative effects perceived as a result of this development.''

The application said noise from in and around the building would not breach the noise rules and any lighting would be directed away from neighbours, who were at least 80m away, and the road.