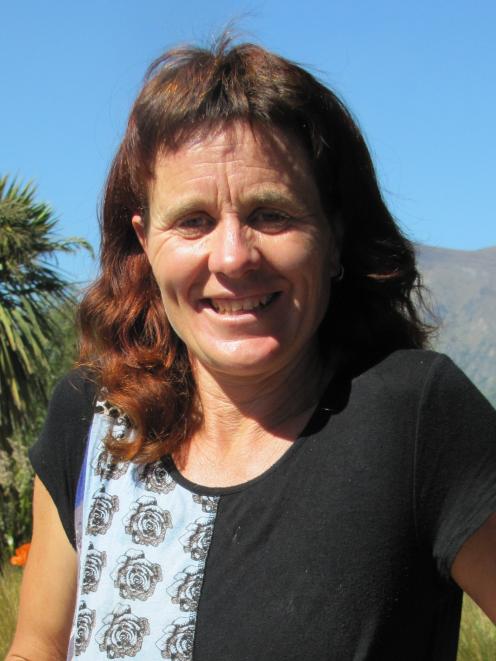 Rachel Brown.
Luggate residents have again come out fighting against a proposed solar sludge-drying facility near their town, this time through the formal consultation process.

Submissions closed this week on Fulton Hogan's applications to build and operate a treatment plant on its land near the Luggate bridge and to discharge contaminants - odour - to air. They were lodged with the Queenstown Lakes District Council and Otago Regional Council, respectively.

The majority of submitters were neighbours of the site or Luggate residents, many of whom suggested the plant would be better located at Wanaka Airport, next to the Project Pure plant from which the waste would be transported.

Several submitters criticised the lack of public consultation before the council accepted the Fulton Hogan proposal and the limited investigation into alternative sites.

Primary concerns related to the plant's odour, its potential to lower Luggate property values, the high frequency of truck deliveries per day and that granting consent would eventually lead to the dispersal of the plant's products on land around the village, as initially proposed by Fulton Hogan.

Because the Luggate area was dry and subject to high winds, contaminants could become airborne and affect community health, submitters said.

Leone Ward asked for the application to be rejected unless the council could guarantee the waste product would never be used on land linked to the food chain or in an area where it could become airborne.

The Southern District Health Board supported the proposal but called for pest control and hygiene facilities on site.

With regards to contaminant discharge, the health board said although odour produced from the facility was unlikely to cause direct physical harm, it could contribute to a reduced quality of life for exposed individuals, including nausea, headaches, retching, difficulty breathing, frustration, annoyance, depression, stress, tearfulness, reduced appetite, being woken in the night and embarrassment in front of visitors.

It said a proposed consent condition preventing the discharge from causing ''objectionable or offensive'' odour beyond the property's boundary should be adopted.

Joshua Olley's view that ''... this would be a serious environmental bias to all those that live in this area'' was shared by many.

Project Pure waste came from throughout the district yet Luggate would have to tolerate the entire load and the associated stigma, Mr Olley said.

He considered it inappropriate for a commercial business to have ownership and responsibility of such a ''hazardous and socially sensitive'' waste, which should remain under council control.

Jan Piggot supported the application with some limitations, including not having the name Luggate in any way associated with the facility and shortening the consent period from 35 to 20 years.

He said the location near such a public place, the main route from Mt Cook, was ''illogical, given the importance of the tourist dollar to our district, and given the alternative of siting the plant alongside Project Pure, where there is already a bad smell''.

Allan and Barbara Kane, whose house on State Highway 8A faces directly on to the building, opposed its location in the centre of ''one of the most important viewshafts from a major arterial route'' into the district and said mitigation measures were needed to reduce visual impact.

Wanaka Community Board chairwoman Rachel Brown applauded the ''fantastic'' proposal as a more sustainable solution than trucking waste to the Victoria Flats landfill.

It was the ''deep-seated social and cultural fears of human faeces'' that needed addressing, she said.

A date has not been confirmed for a joint ORC/QLDC hearing on the applications.