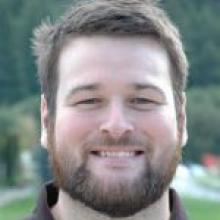 Mr Sutherland started the job four and a-half weeks ago, having previously worked for Lion Nathan.

He has travelled to Wellington to meet key people involved in the RWC, discussing planning and plans in place around Queenstown.

The resort was now on schedule with regard to risk management, transport management and community engagement, with volunteers in the process of being "sorted out".

"In terms of RWC, their concern was about 'What if there was a heavy dump of snow?' - they need to know there's a Plan B and a Plan C."

One example was if Queenstown suffered the same fate as Invercargill last September, when a heavy snowfall caused the collapse of the Stadium Southland roof, and Queenstown Airport was badly affected.

"In terms of traffic management [they wanted to know] how we'd handle that."

Mr Sutherland said the England, Ireland, Romania and Georgia rugby teams were sent the Queenstown Lakes' community engagement requests last week, but it was "a difficult one".

"It's a tournament and teams are not really committing to certain aspects of community engagement.

"Last week all our planning ... was sent to the management of the teams.

"They'll come back and say 'Yes we can do it' and then they can cancel it 12 hours before it's due to happen.

"We're working at the moment on back-up plans."

Mr Sutherland said while the proposals had been sent to the team management, he was determined not to disappoint people, "like the All Blacks not turning up to that school in Dunedin; we don't want that to happen".

"There are things like open team trainings and we have to have involvement from around the district; it's not just Queenstown and Wanaka, it's everyone from Makarora to Garston.

"It's about getting all of those schools involved as well.

"The schools will all receive an activity book, endorsed by the Ministry of Education and aligned with the New Zealand curriculum.

"We have England, Romania, Georgia and Ireland - a lot won't know where Romania is and it's an opportunity for them to learn about other places in the world."

Early indications were the Romanian team would be very keen to engage with the community as much as possible while it was based in the resort.

Residents could also become involved through a public welcome at Queenstown Airport for the Irish and Georgian sides.

While Mr Sutherland was still working on the festival events, which in Queenstown would comprise Matches Made in Heaven; a jazz festival and "Taste Queenstown", formerly dubbed History Alive, plans were also being put in place in conjunction with the Chamber of Commerce.

"There are obviously a lot of things going on this year - we have Trenz and then the ski season opens, then there's the Winter Festival and Winter Games NZ before the RWC, so we're not ready to communicate a lot of things yet.

"But by ... mid-July we have to have everything done."

Mr Sutherland said the RWC Road Show would be based at the Queenstown Events Centre on July 6, being broadcast live on TVNZ's Breakfast show.

The custom-designed vehicle would be travelling around the country promoting the event and would have the Webb Ellis Trophy on board.