‘I felt like we were holding on to a lie’ 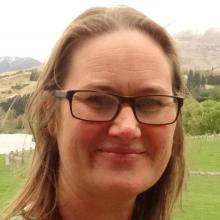 Niki Gladding
A Queenstown councillor who admits a "serious breach" of conduct for leaking photographs of a draft report on Wanaka Airport has not ruled out repeating her actions in future and has raised concerns over transparency with the public.

Cr Niki Gladding was found by the Queenstown Lakes District Council code of conduct committee to have made a "material breach" of a "serious nature" when she sent information to Crux in January, a report released yesterday said.

An independent investigation by Bruce Robertson described the decision as verging on "reckless".

But Cr Gladding, who agreed with the majority of the investigation findings, said although she would ask more questions in future and handle things differently, there was an expectation from the electorate to be open.

In January, the councillor leaked a photograph of an "indicative business case", which said "Queenstown Airport Corporation has advised an intention to upgrade [Wanaka] Airport to enable the use of wide-body jets in the future".

This was leaked on January 23. Cr Gladding was concerned there was a failure to disclose this information to the public and that it might be driving up the cost to ratepayers for an adjacent wastewater plant.

"I felt like we were holding on to a lie and had put out not quite the truth."

She said she asked for further details from council staff but was frustrated by the timeframe for a response and what she called a lack of transparency.

The report by Mr Robertson said the council chief executive emailed Cr Gladding on February 2 to clarify reference to wide-body jets was an error and "we will amend that accordingly to avoid creating unnecessary and unhelpful confusion”.

Cr Gladding subsequently asked Crux to hold back from publishing an article, but one was published on February 7, the report said.

Cr Gladding yesterday told the Otago Daily Times she did not believe the consultants who drafted the business case would have made such a an error and that it was more likely "the messaging was being carefully managed" with the public.

"It’s just logical. Of course the airport corporation in the future would like to have wide-bodied jets coming in to the district. I don’t see that as a wild idea, it’s a case of when."

She said she initially asked for all email communication between the people who compiled the reports and the airport corporation to ascertain why it was included, but later withdrew this request.

Queenstown Airport Corporation said in April 2019 it had no plans to "accommodate wide-body aircraft or a large international airport at Wanaka" but yesterday refused to comment.

Cr Gladding made it clear she knew from the outset it was a breach to leak the information, but said there was background of growing frustration with receiving timely information from council officers.

She said other queries of hers, including one dating to before she was elected, were outstanding at the time.

She said in future she would exhaust attempts to release information officially and inform councillors that she wished to involve the media.

"Ultimately, I still feel I work for the public and my decisions are what’s in the public interest."

The code of conduct committee was to recommend to full council on Thursday that a mentor be appointed to guide Cr Gladding.

The council was also to consider a workshop to "reaffirm the behaviours outlined in the Code of Conduct" and council governance.

Asked if she felt she should resign, Cr Gladding said no.

A council spokesman said no further comment would be made at this stage.