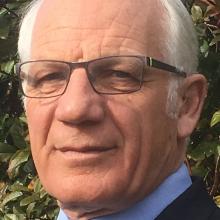 Lyal Cocks.
A former journalist says she was approached by Queenstown Lakes mayoral candidate Lyal Cocks about a potential investigation into fellow candidate Jim Boult, but Mr Cocks says he was only seeking media advice.

Scope Media director and former journalist Celia Crosbie said Mr Cocks approached her in March and asked if she would be interested in investigating a story into business and property development in the Queenstown Lakes district.

At first there were no specific names mentioned but eventually Mr Boult and Stonewood Homes were mentioned, she said.

The Otago Daily Times contacted Mrs Crosbie as part of its investigation into an alleged campaign against Mr Boult.

Mr Boult was executive chairman of Stonewood Homes until three weeks before the company went into liquidation and his role in the collapse is under investigation.

During the conversation, Mrs Crosbie told Mr Cocks  she would not help in any investigation and if someone had an issue with Mr Boult they should approach journalists directly.

A few weeks after his first approach, Mr Cocks asked Mrs Crosbie’s business partner if she would still be interested in writing a story, she said.

Mr Cocks confirmed he had contacted Mrs Crosbie but only for media advice.

‘‘I made a professional inquiry with Celia about a media matter which she couldn’t help with,  so I didn’t take it any further.’’

Mr Cocks would not give  details of the conversation and said he was surprised Mrs Crosbie had.

When asked if he had approached other journalists Mr Cocks repeated he had not taken the matter any further.

Seeking media advice was not unusual for political candidates, he said.

‘‘I sought media advice from a communications specialist, and once that conversation had finished, I didn’t take it any further.’’

There was nothing wrong with approaching media about potential stories, he said.

In June,  Mr Cocks contacted the Mountain Scene newspaper urging it to investigate Mr Boult’s part in the failure of Stonewood Homes. He was reported as saying he was surprised the newspaper had not covered stories about Mr Boult’s business involvement.

Last week, Mr Boult filed a complaint with police about an alleged campaign against him.

The ODT understands a Queenstown property developer is funding the liquidator’s investigation into  Stonewood Homes.