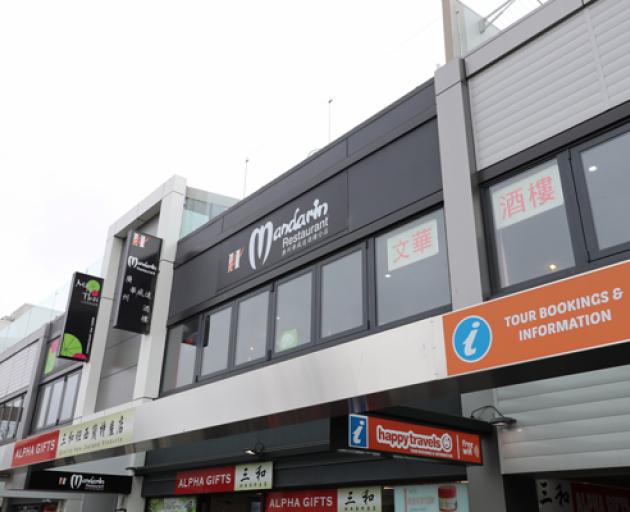 Mandarin was the worst rated restaurant on TripAdvisor. Photo: Mountain Scene
It turns out, it is possible to have a horror holiday in Queenstown.

While it’s often touted as the jewel in New Zealand’s tourism crown, according to global travel reviews website TripAdvisor, a bevy of visitors to the resort have had a less than stellar experience at its restaurants, activity and accommodation providers.

To get the most reliable stats, Mountain Scene only included businesses with at least 50 reviews by members of the public.

One reviewer says "the facilities are terrible and the rubbish is piled high around over flowing bins".

"At $40 a night for a powered site it is cheap but not cheap enough to put up with the smell."

Another calls it a "terrible representation of New Zealand tourism".

Alpine Lodge Backpackers was the second worst rated, with 42% of reviewers rating it ‘poor’ or ‘terrible’, while Base Queenstown came in third with 33%.

QBox and Base didn’t respond to requests for comment.

Alpine Lodge boss Paul Francis says it’s only had five reviews on TripAdvisor in the past nine months, and he doesn’t believe it’s an accurate representation of the business.

"As Alpine Lodge is one of Queenstown’s smallest hostels, we strive to ensure that we provide a clean, safe, comfortable and secure environment for travellers of all ages from all over the globe and that will stay our priority."

At the other end of the scale, Hulbert House, Matakauri Lodge, and Queenstown Park Boutique Hotel are judged the best in the resort.

With the accommodation out of the way, there are a few eateries that have left a sour taste.

A whopping 46% of 91 reviews rated Mandarin as either ‘poor’ or ‘terrible’.

One reviewer described it as "pathetic".

"I am unsure what was worse, the food or the lazy rude service. The food was far from fresh, vegetables old and soggy.

"I had to continually get out of my seat to request service."

Another said: "As soon as we walked in I wanted to run. I really wish we had".

None of the three restaurants responded to requests for comment.

The best rated eateries were The Taj Indian, Big Fig, and Tatsumi.

And then there’s the activities, a fairly broad category on TripAdvisor.

Sight-seeing appears to be a favourite, with checking out the Glenorchy Road, Queenstown Hill walk, and Lake Wakatipu taking out the top three spots.

At the bottom of the list was SkyCity, with 29% rating it ‘poor’ or ‘terrible’.

A spokeswoman says: "While we are disappointed that some customer experiences have not met expectations through the TripAdvisor reviews, SkyCity is committed to providing a welcoming, safe and enjoyable experience for our customers, alongside future plans to develop and improve our offering in Queenstown".

"We are pleased to see favourable reviews in regards to Wild Thyme Kitchen and Bar within SkyCity Queenstown Casino."

It was followed by the Queenstown Underwater Observatory, at 24%, and Amisfield Winery, at 22%.