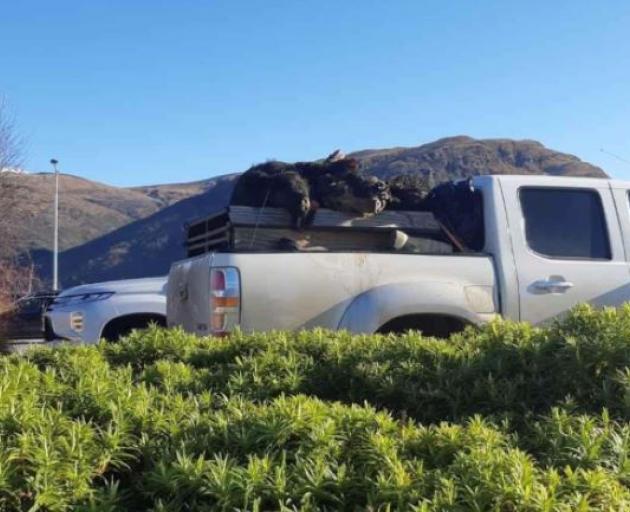 The dead pigs were spotted at Queenstown Airport. Photo: Supplied
A hunter who parked in a busy airport car park with his ute stacked with the fresh wild pig carcasses has inadvertently created a stir online.

The pig hunter's freshly-killed quarry was spotted at Queenstown Airport at the weekend.

A photograph was taken and posted on the local Queenstown Trading Facebook page with a caption: 'Why would you park your vehicle at the end of school holidays at Queenstown Airport with the carcass of wild pigs on the back of your ute ... What were you thinking?'

The posting quickly sparked a flurry of reactions, already gaining more than 450 comments.

But the poster didn't gain many supporters online, with almost everyone suggesting no offence should be taken.

Many felt it was a common sight around New Zealand and that Kiwi kids should be educated on where food can come from.

Some people called the complainer a "Karen", while others suggested

Another said: "Welcome to Central Otago - only the biggest hunting region in the country. This ain't Auckland, mate. You're in the wild west when you come this far down."

Others responded with their own photos of dead animals, or cooking meat.

"What were you thinking calling someone out on this?" one reacted by saying.

"If you or your kids have an issue with this then the issues belongs to you, not the person who caught the boar!"

And one reader summed up the views of many people, by writing: "With these comments you have restored my faith in the human race. Someone had an awesome hunt and can now feed their friends and family." 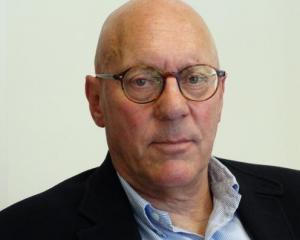