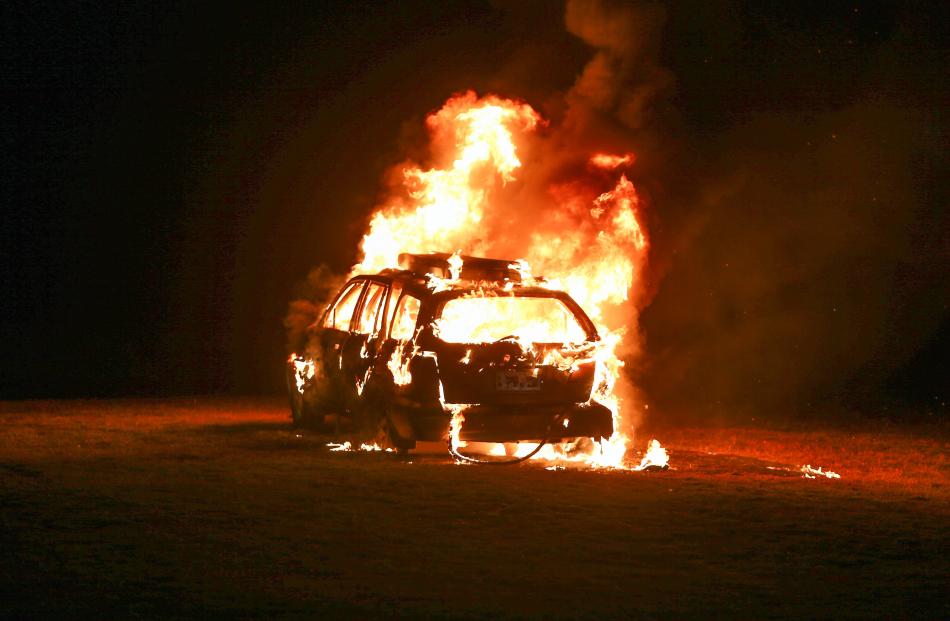 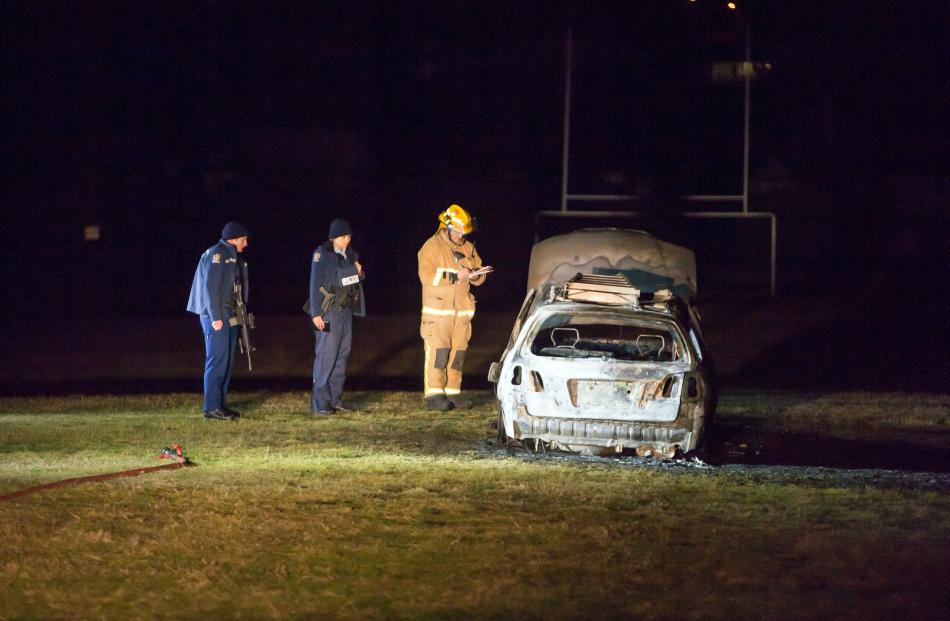 The family of the man whose body is believed to have been found inside an exploded car in Queenstown are "shattered" by his death.

Police, some armed, swarmed the suburb of Kelvin Heights after reports of the explosion in Jardine Park at 9.30pm yesterday.

The man inside the wagon was thought to be Kurt Sturgess, of Christchurch.

Police said in a statement this evening that although a formal identification was yet to be completed, all indications were that Mr Sturgess was in the vehicle.

''The family is obviously devastated about the loss of Kurt and are assisting police with their enquiries,'' the statement said

Police said it was not yet known if he was dead before the explosion.

While the investigation is still in the early stages, police said this afternoon they were not seeking anyone else in relation to the incident.

Earlier, Mr Sturgess' mother told Fairfax the news was "a bolt out of the blue".

"His wife is pretty cut up of course and his little son is asking where 'dada' is," she said. "His father and myself are pretty shattered."

"He was in his work vehicle, a late 90s silver Nissan Primera station wagon with a ladder on top," the post said. "[He] was expected home early afternoon, but never showed up."

Mr Sturgess' mother said the family had "no idea" what he was doing in Queenstown, according to Fairfax. "We just simply don't know what happened."

Otago Lakes Area Commander Inspector Olaf Jensen said this morning police could not speculate on how the blaze may have started.

Nickie Hay, who lives in Kelvin Pl, near the park, said she heard a loud bang.

''One of our girls was in the shower and we ran because we thought she'd fallen over, but then we could hear her singing ... Gosh, we jumped up.

Another witness said when he saw the car ablaze, it was evident it was ''not a normal'' car fire.

''There were armed police, lots of firefighters doing debriefs, which isn't normal.''