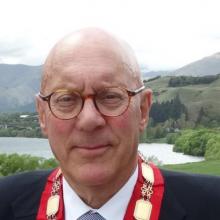 John Harris, who leads the Tarras group opposed to the new airport, has secured an email under the Official Information Act showing CIAL’s plan for Tarras was for the company’s own commercial benefit.

The Christchurch City Council is the majority owner of CIAL, and in his email to councillors on July 22, Christchurch City Holdings Limited chief executive Paul Munro referred to a recent, "significant strategic review" of the airport company.

The review "validates the potential longer-term strategic risks to CIAL from further jet-capable airport infrastructure development by another party in the Central Otago region to meet longer-term forecast demand for aviation into the South Island".

"CIAL has therefore sought and now secured a land bank in the optimal aviation location in Central Otago."

He described CIAL’s purchase of 750ha of land at Tarras as "a defensive hedge to help protect the current [Christchurch Airport] market share against any alternative Central Otago airport expansion/development".

The only Central Otago "party" planning airport expansion is the Queenstown Airport Corporation (QAC), which is majority owned by the Queenstown Lakes District Council.

It wants to expand noise limits at Queenstown Airport and develop Wanaka Airport for jet aircraft.

After being shown the email, Queenstown Mayor Jim Boult described it as "fascinating indeed".

"This comment calls into question the whole intent of CIAL in coming up with this pipe dream.

"In my view, this clearly signals serious concern about the commercial attractiveness of Christchurch’s offering and is actually a big vote of confidence in Central Otago.

"Their aim seems to be to thwart the intent of any other party, presumably QAC, from cornering any future opportunity to create a long-haul airport in this part of the world.

"Given that QAC and council have made it clear that wide-body long-haul jets are not part of our plans, we are not actually in competition with them.

"And what signal does it send to their own community that their faith in their own district is so low that they need to come up with this strategy at all?

"This whole exercise is clearly simply a hedge to protect their own existing long-haul monopoly."

When making the Tarras airport plan public for the first time, on July 22, CIAL chief executive Malcolm Johns did not outline the benefits to the company, saying only the airport "would deliver widespread social and economic benefits to regions across the South Island".

A BusinessDesk article by reporter Denise McNabb earlier this month said CIAL was seeking "greener pastures" because Christchurch’s appeal was waning as a visitor destination as a result of the earthquake damage.

She reported CIAL said in its statement of intent before the Covid-19 pandemic, its position within the New Zealand aviation market was under pressure and it was losing market share.