1 Comment
Frankton's community representative is urging transport infrastructure decision-makers not to view the suburb as the district’s car park.

And Mr Lewers is concerned long-mooted park-and-rides for $2 buses serving the CBD could make matters worse.

"It does not make any sense to put in a park-and-ride to generate more traffic." 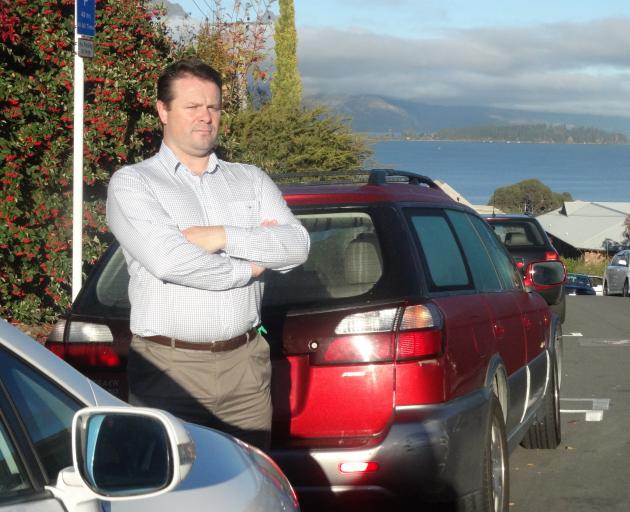 Any site chosen would "undergo a rigorous due diligence process", including impacts on the wide community, he said.

The objective of a park-and-ride would be to reduce commuter traffic coming into Frankton and the number of cars being driven  into central Queenstown each day.

"It would also go some way to reducing the amount of commuter parking in residential areas by providing an alternative space that is both safe and convenient for people to park their vehicles for the day," Mr Hansby said.

Mr Lewers, in his submission on stage two of the proposed district plan stage, said: "The park-and-rides should be established at the source of the traffic generation, e.g. Jack’s Point, Arrowtown, and Lake Hayes Estate."

He cautioned against allowing park-and-rides to be non-notified — giving the planning green light without the wider community allowed to have its say.

"We are of the opinion that establishing park-and-rides in Frankton is not the solution for Queenstown traffic issues."

Consultants Opus, at the QLDC’s request, drove around Frankton streets in September with a video camera, to study the effect of localised parking restrictions surrounding the airport.

Since February 2017, parking has been banned on State Highway 6, which had become an unofficial airport car park. The airport and council funded an airport park-and-ride as an alternative at Frankton Flats.

On-road parking has also been limited to 48 hours to the west of SH6.

The study found the impacts were "generally positive, with a few noted exceptions", including vehicles parking long-term on Copper Beech  Ave.

All this, however, was before the introduction of $2 buses in November, and the downtown parking clampdown. That has included a hike in parking charges, reduction of free parks, a verge-parking ban and removal of business contract parking on council land.

Some Frankton and Kelvin Heights residents have taken matters into their own hands — 32 in Frankton and 40-odd on Kelvin Peninsula have modified the verges outside their homes, much of it for parking.

I did n't actually bother reading any further than the headline ...
The "complainants" have chosen to live in one of New Zealands number 1 tourists destinations. Queenstown has been behind the eightball when it comes to infrastruture requirements to keep up with the demand ... carparks included.
I would suggest if people do not want to have legally parked cars in their street, they should move ... apparently Winton has adequate free parking available.