Concert all but sold out 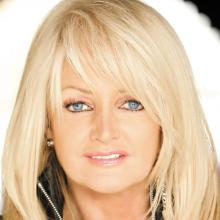 Mrs Calvert said she was ``shocked'' at the pace of ticket sales and put it down to a combination of top acts and the maturity of the concert series, which is in its seventh year.

``People are just coming to the event because it's an annual thing that they do.''

The remaining tickets, costing $89 plus booking fee, are available at Queenstown and Wanaka's i-Site centres, Gibbston Valley Winery and A Taste of Gibbston, in Arrowtown.

About the corresponding time last year - ahead of January's concert featuring Melissa Etheridge, REO Speedwagon and Huey Lewis and the News - only 6000 tickets had sold.

Icehouse was one of the most successful Australian bands of the 1980s and 1990s.

Londoner Parsons, who has received 11 Grammy nominations, is best known for his 1982 hit Eye In The Sky, while Welsh singer Tyler shot to fame with the 1983 song Total Eclipse of the Heart.