Couple 'lose everything' in Queenstown fire

A young couple have "lost everything" in a fire in their Queenstown home this afternoon.

A Fire and Emergency New Zealand spokeswoman said the service had received multiple calls about 12.20pm alerting them to the fire, in a unit in a block in Ballarat St.

Three crews from Queenstown and one from Frankton were dispatched.

A neighbour, who wishes not to be named, told the Otago Daily Times that the fire had begun in the oven of the unit, which was home to a young couple with a baby.

He said he heard a smoke alarm sounding about 12.30pm, just before one of the couple knocked on his door to tell him about the fire, and that he needed to evacuate.

Once outside, the neighbour called emergency services.

Within a minute, he said, "everything just blew up."

He said the windows soon burst out, causing the lawn to catch fire.

"The cars were even getting hot outside, that's how hot this was." 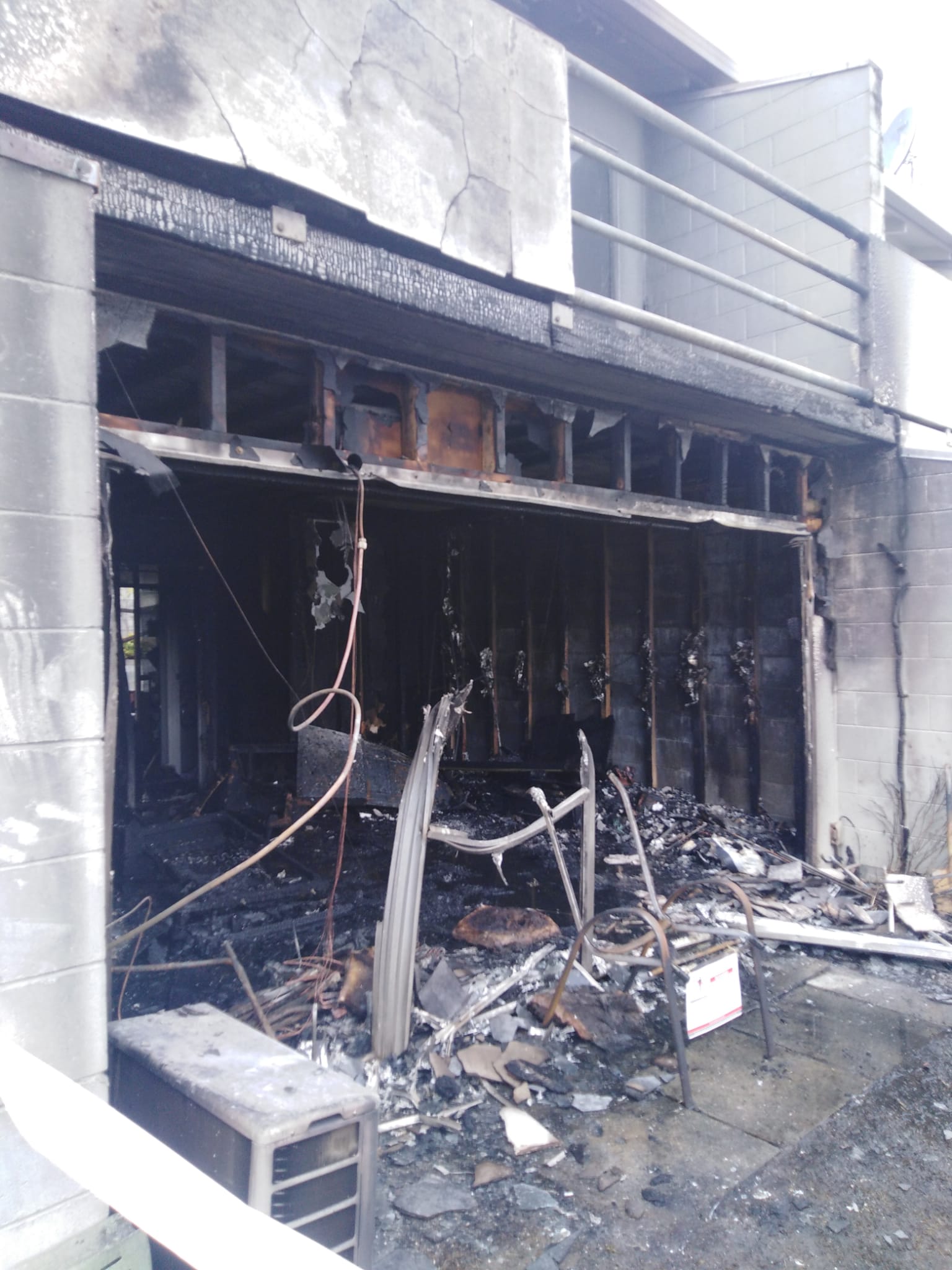 The unit was gutted by the blaze. Photo: Supplied
He said the husband in the couple had the presence of mind to check on other occupants in the block.

"Even though the wife got the baby out, he went to try and make sure everyone was out the building."

"Within a minute, the smoke or the fire went through the the oven up into the ceiling and then within a couple of minutes, it just blew the whole front of the place out. The lawn was on fire."

He said he believed the couple were no longer at the scene and had been taken away by ambulance at about 1.45pm.

"No one's seen them come out of the ambulance."

The young couple were very distressed, the neighbour said.

"They have no support, no accommodation, nothing. It's one day before the New Year, and they've lost everything," he said.

The apartment was "well involved" upon arrival, but police in attendance confirmed that all inhabitants had got out of the house. 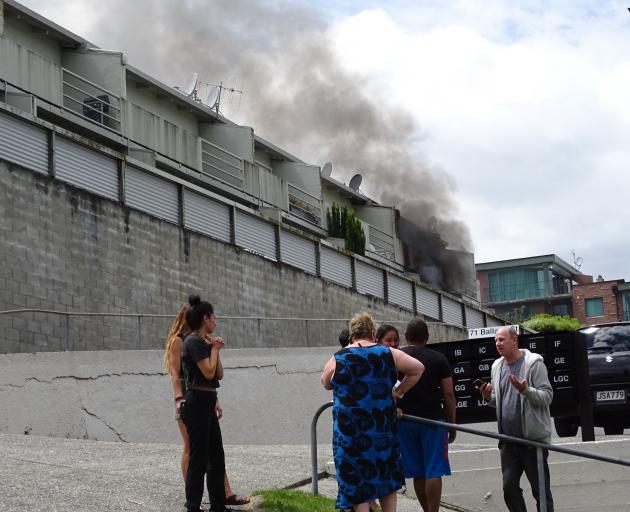 The fire broke out in the Ballarat St unit shortly after midday. Photo: Cass Marrett

A Fenz spokeswoman confirmed crews left the scene at about 2.50pm and a fire investigator was expected to arrive at 4pm.

Police would stay at the scene until the investigator arrived.

She confirmed two other units - three in total - had been damaged by the fire but was unable to comment on the extent.

• A neighbour has set up a Givealittle page in order to support the family.