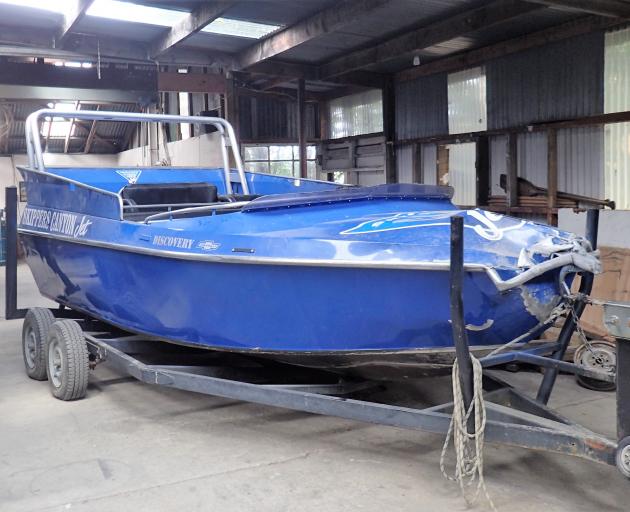 Photo: Supplied
A Queenstown jet-boat company has been fined $50,000 and ordered to pay $260,000 in reparation and emotional harm payments for a 2019 crash on the Shotover River that injured the driver and all nine passengers.

Skippers Canyon Jet Ltd was sentenced by Judge Richard Russell in the Queenstown District Court on Wednesday after admitting a health and safety charge laid by Maritime New Zealand.

About 10am on February 22, the jet-boat hit a canyon wall near Skipper’s Bridge about five seconds after its steering locked up.

It hit the wall at 20-30kmh, throwing Canadian tourist Brenda Weening into the water and injuring the driver and other passengers.

Their injuries ranged from cuts and bruising to dislocations and broken bones.

Some of the passengers have suffered ongoing psychological impacts, including difficulty sleeping and anxiety.

Ms Weening was the most seriously injured, sustaining a fractured knee that required reconstructive surgery and months of rehabilitation.

A Transport Accident Investigation Commission (TAIC) investigation released last year found the driver lost control of the boat because of a mechanical failure in a jet unit steering and propulsion system.

Three of four bolts securing the tailpipe assembly to the steering nozzle had fatigue cracks probably caused by the nuts not being tight enough.

In sentencing, Judge Russell said the failure to use a torque wrench to tighten the nuts to the correct tension was a bad error.

Paying customers accepted a degree of risk in adventure tourism activities, but were entitled to assume vessels were properly maintained.

He accepted Maritime NZ’s submission the risk of jet-boating on the Shotover River was high and inherently dangerous because the boats travelled at speed in a winding, narrow passage.

In a media statement, Maritime NZ investigations manager Tracy Phillips said the case showed the risks to workers and passengers when maintenance was not done in accordance with the manufacturer’s recommendations.

"This is a preventable accident caused by incorrectly torquing the nuts holding together components of the jet unit," Ms Phillips said.

"The collision risked the lives of all on board, and despite the best efforts of the jet-boat driver, they were unable to control the vessel in the final seconds.

The company had the ultimate responsibility for maintaining its boat to keep its passengers and staff safe.

The investigation’s findings prompted Maritime NZ to issue a safety notice to commercial jet-boat operators and vessel surveyors in November last year about the potential risk of failure of the bolts holding the steering nozzle housing in place.