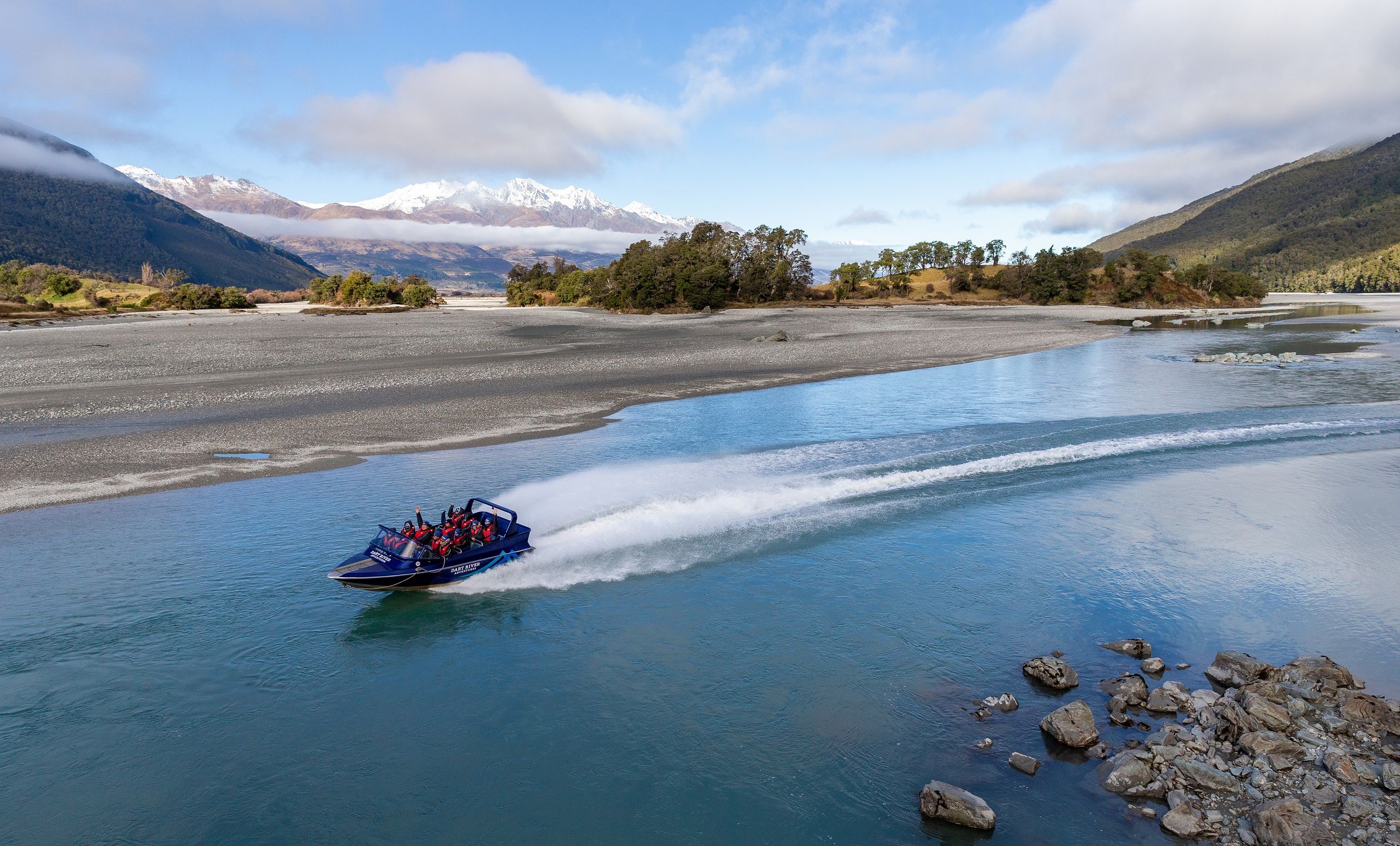 Dart River Adventures, which which has been in hibernation since March, received $450,000 in the funding. Photo: Ngai Tahu
Ngāi Tahu Tourism has received a $1.95 million grant from the Government's strategic tourism assets protection programme four of its businesses, including Glenorchy's Dart River Adventures.

That business, which has been in hibernation since March, received $450,000.

The funding was subject to an agreement with the Ministry of Business, Innovation and Employment.

Each of the businesses were also able to access a loan, if required.

Ngāi Tahu Holdings Chief Executive Mike Pohio said he was delighted the attractions had been given financial support, which would enable the businesses to reopen and, in the case of Franz Josef Glacier Guides and Dark Sky Project operations, expand.

“Most importantly the funding will help us provide more employment in small communities, such as Franz Josef, Glenorchy and Tekapo, which rely heavily on tourism.”

Dark Sky Project board chair Graham Kennedy said the company was thrilled to have financial support to enable it to keep offering world-class stargazing and astronomy experiences in Tekapo.

More information about timings for businesses to reopen would be known in "the coming weeks".

Ngāi Tahu Tourism did not make any other STAPP applications, including for Queenstown's Shotover Jet.

It announced in early May that 10 of its 11 businesses would be "paused" and its workforce reduced due to the impacts of Covid-19 - that resulted in 309 job losses across the company's businesses.

Since then Hukafalls Jet, in Taupo, and Shotover Jet had reopened, with reduced hours and operations.

The Hollyford Track will reopen in January, and Glacier Southern Lakes Helicopters, in Queenstown, remained open.