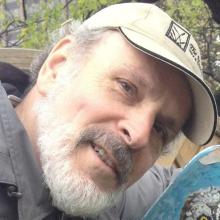 A bus driver convicted after the death of a United States tourist near Queenstown in 2016 says she is "appalled'' recommendations in a coroner's report into the accident apply to tourist buses only.

Canadian-born Richard Hyde (73) died after being hit and then run over by a reversing 20-seater bus while on a tour at Mt Nicholas Station run by Southern Discoveries.

An investigation by Newsroom into the accident has revealed coroner Anna Tutton's "in-chambers'' report for the first time. She recommended "all buses used for tourist operations'' should have reversing cameras or mirrors fitted to the back of the buses to eliminate blind spots.

Southern Discoveries was not prosecuted. The driver, who was convicted of careless driving causing death, was sentenced in November last year.

Her licence was suspended for six months, she was was ordered to carry out 150 hours' community work and she was granted permanent name suppression.

She told the Otago Daily Times yesterday the coroner had "missed the boat'' by not recommending all buses have reversing cameras or mirrors.

"I can't believe she's missed out all the public buses and school buses.

"Tourists are probably 90% adults who know what a reversing beeper sounds like. But a lot of children wouldn't know.''

In her report, Ms Tutton said the accident "might have been avoided'' if the bus had a reversing camera or mirror.

"It is imperative that those driving buses as part of tourist operations are able to see around and behind the buses they drive.''

But the former driver said buses all over New Zealand, including public buses, were being reversed every day, and most did not have reversing cameras or mirrors.

Southern Discoveries and other local operators she knew of had one of the features fitted to their buses following the April 2016 accident, but most would only do so if it was mandatory.

When asked if the features were too expensive, she said "what's a life?''.

"What about the emotional toll on his widow, and on me?''

She said WorkSafe also "completely dropped the ball'' by deciding not to investigate the accident.

"I think it's telling that three days after the accident, they said `no, we've got nothing to with this'.''

Worksafe's acting deputy general manager of investigations and specialist services Simon Humphries told Newsroom: "This incident was treated as a road accident and so the police investigated, and WorkSafe had no further involvement in the investigation or prosecution.''

The convicted driver was also disappointed the coroner gave no consideration to bus driver training, which at present was entirely the domain of employers.

Her training with Southern Discoveries had consisted of driving the tour route with two managers and being told what to say to passengers.

The company's health and safety procedure manual's only reference to her role was four words: "Safety briefing - seat belts.''

The former driver said her conviction meant she could no longer get a passenger endorsement on her driver's licence.

Now working two part-time jobs and doing voluntary work, she was fortunate to be "nearly at retirement age''.

When asked what life had been like in the two and a-half years since the accident, she said "s***''.

Long time ago when I got my Bus licence I went in a Coaster and was told to reverse parallel park it in the city.

Yeah right I just sat here and didnt move The tester said why arent you moving I said get out and be my spotter, He moverd to rear and looked out back window.
He later said that a lot fail because at that time it was illegal to reverse a heavy vehicle without a spotter Seems in 30 years it has changed and for the worse

The bus driver referred to in this story has taken aim at the company she worked for, the coroner, Worksafe, and in the article published by Newsroom she says the victim was partly responsible for walking behind a moving bus. And yet the person who ran him over was her, and she was consequently convicted of careless driving. She seems incapable of accepting her part in the death of another human being. Her life may have been "s***" since the tragedy occured, but at least she wasn't the one who lost her life. Deflecting attention to the coroner's recommendations and criticising them doesn't change the fact the driver reversed over a man because she didn't see him. Where is the humility ... she's trying to make it everyone's fault except hers.