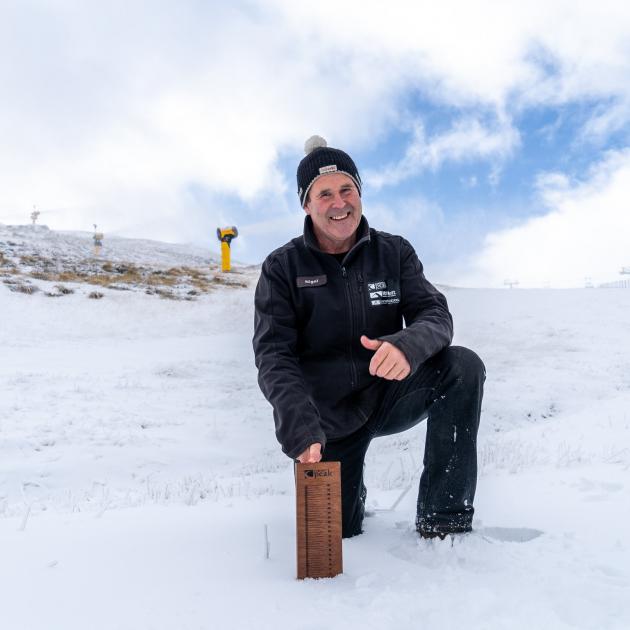 Firing up the guns yesterday morning, Coronet Peak ski area manager Nigel Kerr said they planned to run them for 24 hours to give "the whole system a big shakedown" and "hopefully make a pile of snow".

"This is when we start firing things up, you don’t miss a chance."

The temperature up Coronet Peak on Friday morning was -2.5degC and conditions were "pretty good", Mr Kerr said.

Coronet’s base received 3cm of snow as a cold front moved in on Thursday night, and another few centimetres were expected over the weekend.

However, Mr Kerr said it was the snow generated by the guns that would make the difference.

"Obviously, we’re laying it on the runs where we need it and starting to set up that base ... it all points to being able to have a good winter."

Across the basin, The Remarkables skifield received 10cm of snow, but held off on switching on their guns.

"It’s exciting, it’s come down as forecast, and we’ll take every centimetre of it," The Remarkables ski area manager Ross Lawrence said.

"It is the first snowfall of the season which is great for cooling down the ground temps, which in the long run just helps ... hold snow a lot longer."

Also in Wanaka, Treble Cone was coated in a fresh 22cm layer of white, while Cardrona received an estimated 14cm snowfall, prompting them to begin snowmaking.

Further up the valley, Mt Aspiring received a healthy top-up of 43cm of snow.