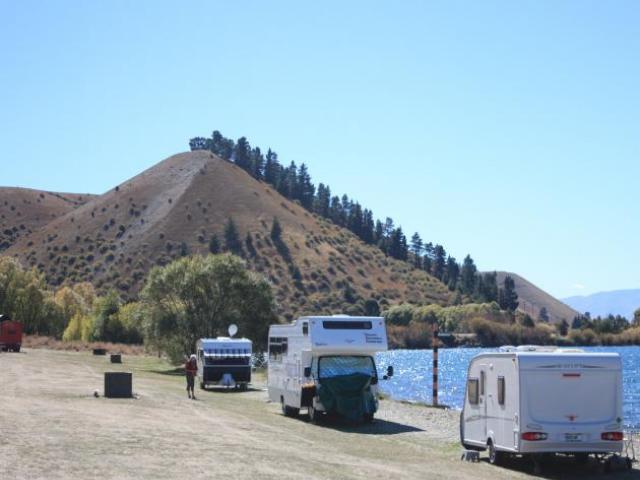 He accused the council of predetermining the outcome of the bylaw review, which he likened to a "sledgehammer to crack a nut".

"We will challenge it if we have to."

Mr Imlach said until now, the council had been "agile and demonstrated leadership" by trialling new rules and processes for managing freedom camping.

But the draft bylaw would expand the areas where camping was prohibited throughout the district, continuing a "slow erosion of opportunities" for its members.

The council had released updated information about camping this summer, including an online map showing the prohibited areas proposed by the bylaw which was "misleading and unclear", he said.

"The discrepancy between the existing bylaw maps, proposed bylaw maps and online maps is extremely confusing, and our members are again at risk of receiving invalid infringement notices.

"We believe the council has predetermined the outcome of the bylaw review and prematurely circulated public information on the presumption the bylaw will be adopted without change."

The only options left for freedom campers would be roadsides "in the boondocks" that were unsafe.

He recommended an amendment to allow at least certified self-contained motorhomes and caravans with fixed toilets to freedom camp in the prohibited areas.

Mr Imlach was one of seven submitters who asked to speak at the hearing. Others included representatives of the Tucker Beach Residents Society and the Southern Lakes Wind Riders Club.

Yesterday's hearing followed one in Wanaka on Thursday.

The council expects to make a decision on the proposed bylaw next month.

They are a gracious lot these freedom campers expecting the right to take and use rather than a recognition nothing is free and giving back.

Love how NZMCA pushes restrictions that don't comply with our Bill of Rights. they have made lots of threats to Councils but have never really won a single case. Imlach quote"He recommended an amendment to allow at least certified self-contained motorhomes and caravans with fixed toilets to freedom camp in the prohibited areas"- end quote. Fixed toilets are not even a requirement of the NZStandard for self containment. Even NZMCA's funded amendment into the standard was a shambles banning 'camp toilets' from smaller camper-vans while allowing a toilet tent to be used once camping - the only time the standard applies. Absurd really. Meantime the real responsible campers have Accreditation after taking an education and questionnaire to show understanding of the requirements of responsible camping, exactly the area where certified self containment fails .