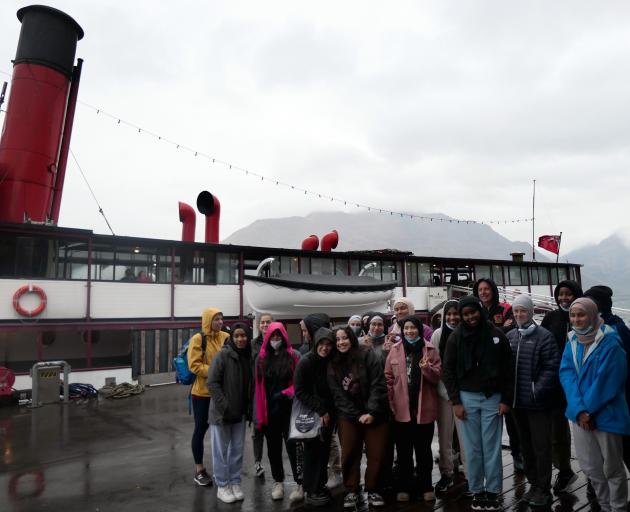 Four Blue Light members — officers who give their free time in support of youth — and three youth workers accompanied the group, who all had been affected by the terror attacks on March 15, 2019, in Christchurch.

Some of the young women were at the Christchurch mosques when they were attacked or had lost close family members and friends.

Southern district superintendent Paul Basham said the camp was a great opportunity to build strong relationships and show the group what the police were about.

The young women, courtesy of Blue Light and Real Journeys, were treated to activities including a trip on the Earnslaw across Lake Wakatipu, a trip up the gondolas for some luging, Shotover jet-boat rides, a trip to Te Anau and an excursion in Milford Sound — activities aimed at building team work, confidence, and communication skills — all while having fun.

In 2019, Senior Constable Bruce Ward led a similar successful programme, for a group young men affected by the March 15 attacks on their community, to the North Island, when the young men travelled between Auckland and Taupo for activities such as white-water rafting, luging, jet-boating and zorbing.

Blue Light is a not-for-profit charity working with the police to create positive connections between young people and the police, helping young people find direction, fun, and sense of belonging within their communities and enabling young people to develop leadership and life skills.