A landmark high country station at the foot of the Remarkables could fetch millions on the open market.

Instead, Remarkables Station owners Dick and Jillian Jardine have decided to give it away.

The couple announced yesterday they would give almost all of the station — 900ha of freehold land — to the QEII National Trust in 2022.

The handover date will coincide with the 100th anniversary of their family’s ownership of the land.

The property, now leased as a mixed deer, beef and sheep farm, is described as "priceless" by the trust. 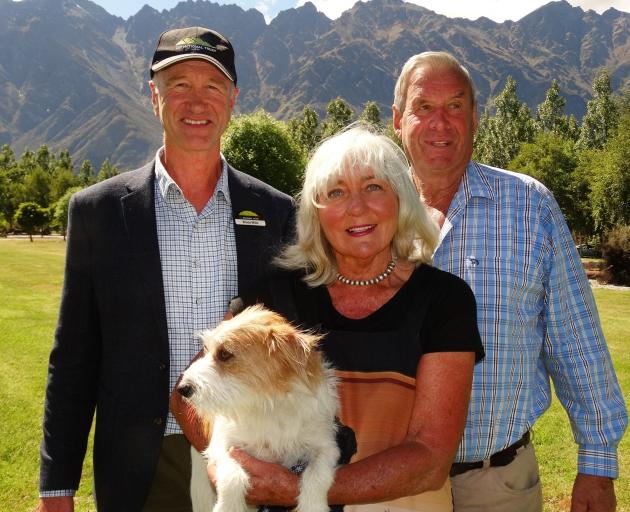 For the sake of comparison, the agents marketing a high country station on the other side of the lake, Halfway Bay Station, expect it to attract offers over $50million.

In 2014, another large farm near the resort, Kawarau River Station, was bought by the developers of Frankton’s Remarkables Park for just over $8million.

Remarkables Station, which will be placed under a covenant in the coming months that will protect it in perpetuity, will become QEII’s first working farm when it takes over ownership in two years.

QEII chairman Bruce Wills said it was rare for the trust to agree to own a property, as its usual practice was to help landowners protect their properties with a QEII covenant.

"Nothing anywhere near 900ha, and there’s no other working farm."

However, the trust expected the farm to be economically self-sustaining for the foreseeable future.

It would protect its native biodiversity, and hoped to provide more opportunities for public access, he said.

Open landscapes in the Wakatipu Basin had come under increasing pressure from subdivision and commercial development because of population growth and tourism. 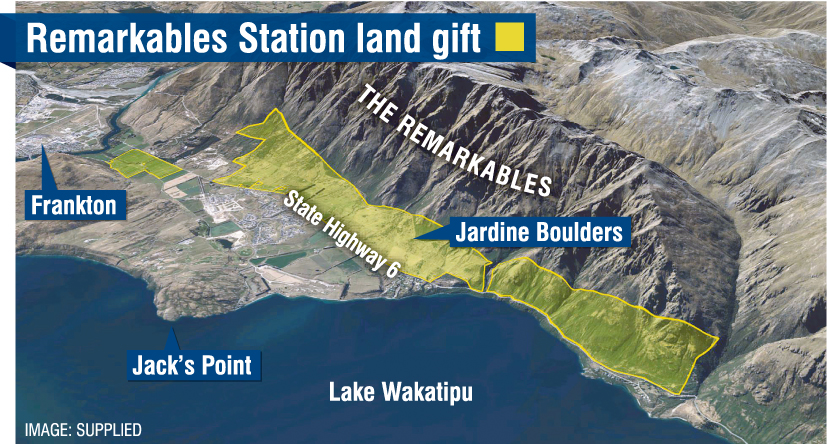 Mr Jardine said his family had endeavoured to improve and enhance the property over the time it had owned it.

"Having QEII as the caretaker of this property gives us the comfort and assurance to proudly pass over this gift for all New Zealand to enjoy and appreciate."

Mrs Jardine said they began thinking seriously about the land’s future about four years ago.

"The main thing is our age — we’ve been thinking about the long term."

They decided to act sooner rather than later and, having placed an area known as the Jardine Boulders under a QEII covenant in 2014, were familiar with the trust’s work.

"Why wait? We’re ready for it — we know QEII and enjoy working with them."

In 2016, the couple gave their former home and the 4ha lakefront site it sits on to the University of Otago for use as a research retreat.

They plan to retain a small block of land surrounding their present home.

This is incredible, and a extremely noble thing to do. I hope this sets some kind of precedent for others in similar position to follow, well done. We are all very grateful.