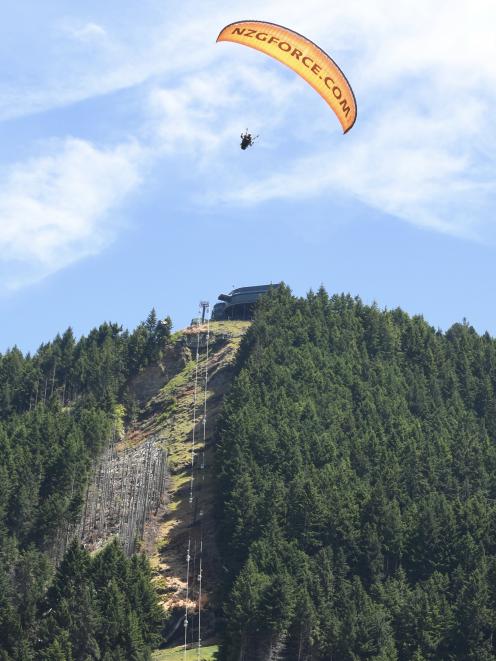 Skyline development general manager Steve McLean said Covid-19 had created some unexpected opportunities for the company because the gondola had not been operational full-time for much of this year.

Contractors took advantage of that to work on the first of two stages of excavation at the base of Ben Lomond, underneath the gondola cableway and behind the existing bottom terminal, to create a building platform for a multi-storey car park building.

Mr McLean hoped the first stage of the excavation would be finished by the end of February and, subject to board sign-off, the second stage — moving in a northeasterly direction, towards Pinewood Lodge — would continue through next year.

That work also included constructing some new retaining walls to create the platform.

On completion, buses and vehicles would "go through and underneath the gondola line and then circle through into the car park", he said.

However, a timeline for construction of the car park itself was also subject to a board decision.

"We’re working with our Skyline board on the sequencing of the project — there are a couple of commercial decisions to be made about how much money to spend, in what area and at what time.

"We’re just trying to work out when the best time is, financially, to build the car park.

Meanwhile, Central Logging and Earthworks Ltd was almost half way through a massive project to fell trees about 90m either side of the existing gondola, to make room for its 10-seater replacement.

Mr McLean hoped that work, which started just over a year ago, would be finished by the middle of next year, by which time the company would hopefully have gone out to tender on the project.

"In all honestly, what Skyline’s done [this year] is just continued on with full design, with the aim of presenting a full design and going for tender early next year and getting on with the programme.

"The programme may change, just possibly extending [it] to make sure it all sequences right, but ... the project is still all go."

Mr McLean said Skyline had a contract with Doppelmayr for the new gondola and some parts were already in the country.

The order would be confirmed once the company had planned the sequencing.

"We’re very comfortable with where we’re at," he said.

It amazes me that we keep hearing about millions of dollars being spent on new hotels and upgrades in the tourism industry, while also hearing all these stories about how the industry needs taxpayer support?
As always tourism wants the taxpayer to foot the bills, while the rich owners reap the rewards. Or have I missed something?