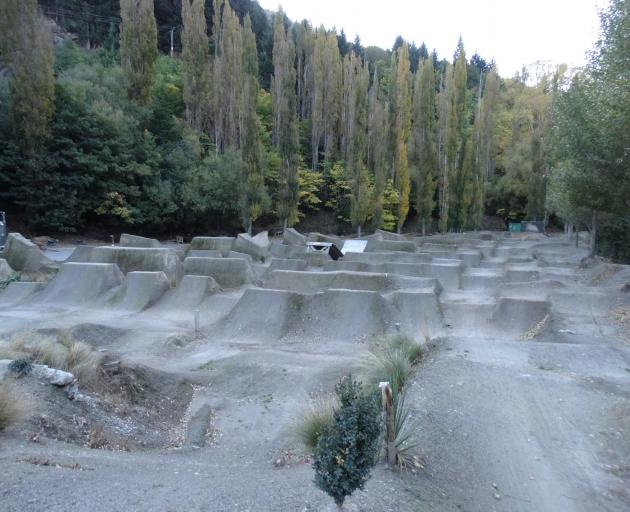 Photo: ODT files
After a rallying cry from Queenstown’s mountain biking community, and an offer of financial help from a resort billionaire, Queenstown’s world-renowned mountain bike park has been saved.

Businessman Rod Drury reached an agreement with Queenstown Lakes Mayor Jim Boult yesterday afternoon to save the Gorge Road Jump Park, which took about 10 years and hundreds of volunteer hours to construct.

The council had planned on using it as a laydown area, to support the construction of the Queenstown arterial route.

The council gave notice to the Queenstown Mountain Bike Club in 2018 its lease over the land would end and a new site, at Kerry Dr, on Queenstown Hill, was settled on in March.

While the club’s lease ended on July 1, club founder and park designer and builder Nathan Greenwood enlisted a group of businessmen, including Mr Drury, to lobby the council to change its mind.

Mr Drury confirmed the council had done just that yesterday.

"We’ve just worked with them — the council’s found another space, some of the money I’ve been investing will help fund the council for that new space so they can put some pipes down for a period of time and do the work they need, which has allowed us to save the park," he said.

Mr Drury said the club was excited about the potential of Kerry Dr and what it would mean for Queenstown’s reputation, globally, as a mountain biking destination — to make "Queenstown the Whistler of the southern hemisphere".

Mr Greenwood said he was "ecstatic" and planned to start consultation on future development at Gorge Rd today, which he saw as potentially becoming the "bike hub of Queenstown".

"I actually feel like it would have been a strong case without somebody financially backing it ... people’s hearts should win and should be listened to, but also, to have that support from somebody saying ‘at any stage we can bail this out and sort this out’, sometimes it does come down to money."