Grants for work on historic buildings 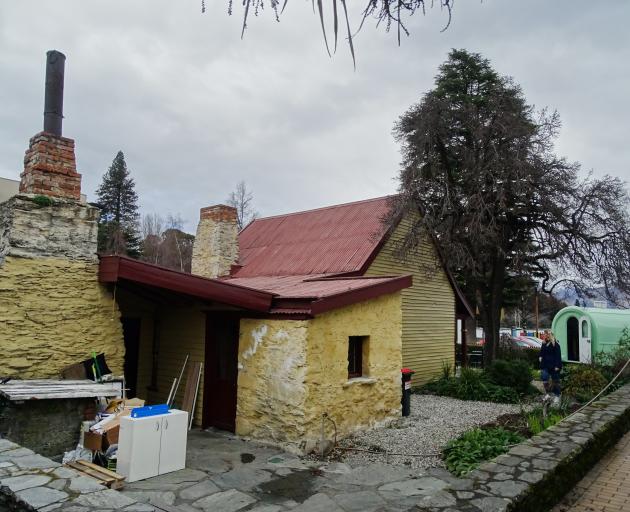 The Wakatipu Heritage Trust will receive a heritage grant of $4000 to strengthen these two chimneys, part of Williams Cottage, the oldest remaining wooden cottage in Queenstown. PHOTO: TRACEY ROXBURGH
Two of Queenstown's most historic buildings will benefit from grants from a council fund which are to help preserve them.

The Queenstown Lakes District Council's community and services committee this week approved a Heritage Incentive Grant of $4000 to the Wakatipu Heritage Trust for Williams Cottage and $3000 to the Egerton Family Trust, owner of Frankton's Brunswick Mill.

Williams Cottage, which has a Historic Place Category One listing, is the oldest remaining wooden cottage in the resort.

A report by arts and events relationship manager Jan Maxwell said it was built by shipmaster John Ralph Williams in 1866, in a Colonial Georgian style, and remained "remarkably unmodified", demonstrating the living conditions of many early New Zealanders.

It is now a retail premises.

Two stone chimneys needed remedial work, as they were defined as being earthquake-prone and it also had no sprinkler system.

"The Heritage Trust have recently had the sad experience of losing two heritage buildings that they had worked on being lost to fire, Paradise House and Mount Aurum Station.

"While fire sprinklers would not have been practical for either of these buildings, due to their remote location ... it would be remiss of the trust not to investigate the fitting of sprinklers into the Williams Cottage."

The grant was only a "small proportion" of the total cost of the work, she said, and over time "significant work" would be required on the building.

"It's still got scrim on the walls but this work will certainly make a huge difference to the structure of it."

She said the grant for the privately owned Brunswick Mill would go towards the construction of an internal pergola to stop the gradual movement of the remains.

Built around 1867 by Bendix Hallenstein, it was the warehouse for the Brunswick Flour Mill, and was decommissioned before 1900.

The trust intended to protect it from dilapidation and minimise risk associated with slumping of heritage items.