The 'Hobbit' actor and the Perfect Woman 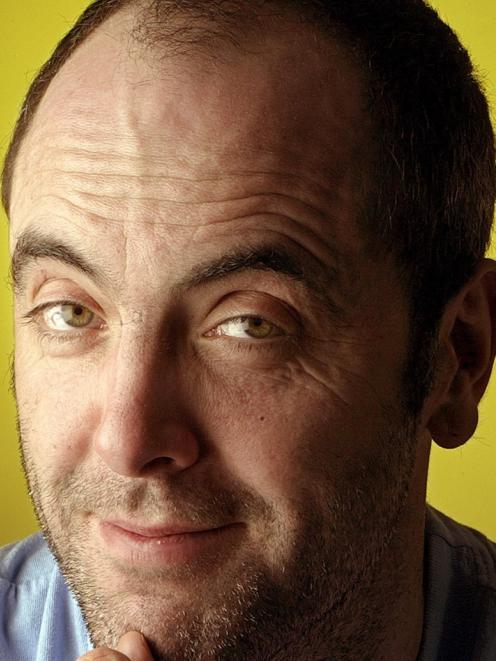 Hobbit actor James Nesbitt, from Northern Ireland, will film scenes for a travel documentary at the Bullock Bar in Wanaka next Friday, as 10 local women face off in a small-scale version of the Perfect Woman event.

The programme's executive producer, Paul Sommers, of UK-based Alaska TV, told the Otago Daily Times in an email from London that Nesbitt was spending three years on and off in New Zealand filming the Hobbit trilogy and had got to know and love the country.

He had been joined at times by his wife and his children. His children had been attending school in New Zealand.

''He was considering emigrating at one stage. So this is his chance to show us what he has discovered and to explore further.''

While Nesbitt would be fronting the show on his own, it was hoped he would meet some ''famous New Zealanders'' along the way.

Filming starts this Sunday in the South Island, with plans to feature whale-watching in Kaikoura, the earthquake clean-up in Christchurch, the Perfect Woman contest in Wanaka and a Wakatipu vineyard. The Perfect Woman contest was selected because part of Nesbitt's mission was to discover ''what a New Zealander is really like'', Mr Sommers said.

''In the UK we have an image of your typical Aussie, though it's undoubtedly stereotypical, but we'd find it hard-pressed to say what makes up a Kiwi. One thing he has discovered [is] that Kiwis are brilliant at coping with difficult situations, not moaning like whingeing Poms, and just getting on with it.''

While the show would feature the serious side of that with the Christchurch earthquakes aftermath, the Perfect Woman would show the lighter side: ''Women who can turn their hand to anything you throw at them''.

Bullock Bar co-owner Brendan Quirke said he had been approached by the production company about six weeks ago, and while Nesbitt was among the Perfect Woman's more high-profile connections, international media interest was nothing new.

''It's great. It's obviously a charitable event and any publicity is good publicity.''

While the competition is usually held at Labour Weekend, Mr Quirke runs preliminary rounds throughout the South Island in the lead-up, and next Friday night's event would serve that purpose, he said.

It would not be a full-scale Perfect Woman event with outdoor events like trailer-backing or jet-boat-driving. Rather, it would be ''fun, easy stuff'' inside the pub - such as skinning rabbits and hammering nails.

A call went out this week for Wanaka women willing to fill the 10 spots.

''We really want local girls doing it because it's their event really.''

The programme's working title is ''James Nesbitt's New Zealand''. It will be aired in the UK in December, coinciding with the release of the second of the Hobbit trilogy movies.