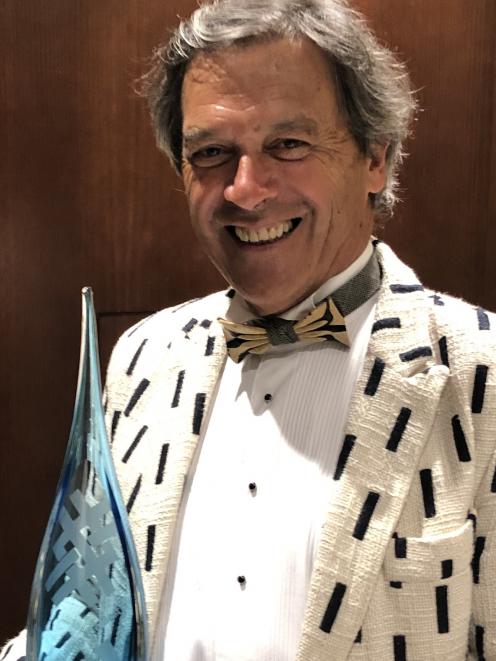 The Animation Research Ltd founder, whose company is renowned for its sports graphics and computer animation, won the innovator award at the NZer of the Year Awards in February.

As a prolific world traveller, he says there’s "nothing like coming back to NZ, back to Dunedin and across to Wanaka and Central Otago".

"Arrowtown, Alexandra, all that area is really, really special."

In the past 20 or 30 years, Taylor’s seen some of the world’s most beautiful cities suffer from overtourism.

"I look at places like Venice, Rome, places where tourism has been enormous, and you see a) the locals have gone and b) the experience has gone as well.

"What people around the world have started to look for and will definitely be looking for in 10 to 15 years’ time are the places that aren’t overcrowded, and that’s what NZ is about.

He says people get excited about tourism’s potential, but he asks what sort of jobs it creates.

"If we’re to think about the future for our young people, if tourism’s to play a role in that, then we have to have high-value tourism so we create high-value jobs."

Rather than going for bulk numbers, NZ needs to be a premium tourist destination, Taylor says.

Running from noon till 5.30pm, it’s $270 for Chamber members and $300 for non-members – lunch and networking drinks included.