'It’s been awful': Shock at closure of much-loved childcare centre 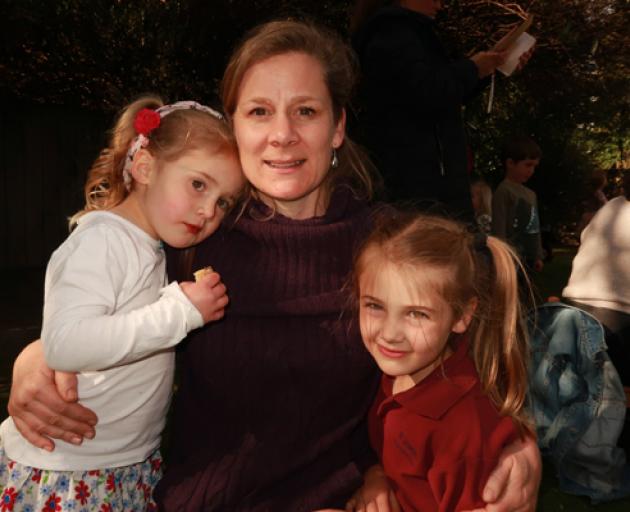 Parent Catkin Bartlett with daughters Lara (left), 4, who attends Montessori, and Poppy, 6, who used to. Photo: Scene
Families and staff of a highly-regarded central Queenstown childcare centre are furious its business owner has pulled the plug.

In an August 30 letter to "valued staff and families", it says many families now enrol their children in early childhood centres closer to home, and central-city sites are becoming less attractive.

At that stage the centre had 49 children, under five, and 11 staff.

Centre manager Sue Wilson likens the closure to an execution – "it’s been awful".

Contrary to what Evolve states, she says the centre’s attracted many children from far and wide.

"Even families that left a long time ago have come back and said they’re so upset to hear [the news] ‘cos it was such an important part of their children’s education and their lives.

"For a lot of the families, it’s a community." 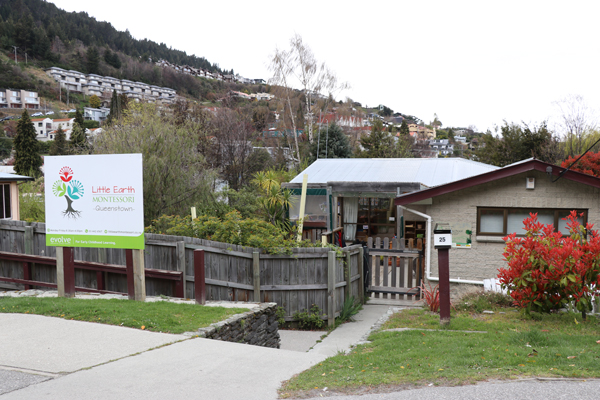 Little Earth Montessori, in Robins Road. Photo: Scene
The centre has not only received a good Education Review Office report, it’s also the only Otago early childhood centre to gain ‘green-gold enviroschool’ status for its sustainable practices and the respect it has for all children and their cultures.

Local Guy Hughes, who owns the two properties the centre’s on, set it up in 2010 after he couldn’t find somewhere for his three-year-old.

He also aligned it with the teachings of Italian educator Maria Montessori.

In 2015, Hughes sold the business to Evolve, which has more than 120 early childhood centres in New Zealand.

He says it came to him "and said Queenstown no longer suited their business model, and they were clearly having quite a lot of challenges".

On one hand, it’s given him the opportunity to sell both properties unencumbered, "but obviously the flip-side is it’s just a wonderful centre, and there’s a lot of staff and kids there".

"Someone made a comment that there’ll never be a childcare centre quite like it again in town because of the cost of the land.

Parent Catkin Bartlett, who’s had four children through it, says "for many families it’s been quite devastating".

"Montessori has quite a special philosophy that some families are particularly drawn to."

Parent Miira Murphy says "the fact we’re living in the fastest-growing town [in NZ], and it’s the best [local] centre and it’s closing before our eyes, I smell a rat, basically".

"If they had come and spoken to the staff and the families, it could readily have been downsized into the one building."

Evolve marketing boss Ru Wilkie confirms the suburbanisation of Queenstown is behind the closure and thanks the community for its support.

In a letter to Leece, Evolve transition manager Paula Hawkings says the decision hadn’t been easy but "we sometimes have to make decisions that are not universally accepted".

Evolve has been struggling financially and, according to its latest annual report, its NZ "turnaround plan" includes divesting parts of its business "which have been under-performing or which no longer fit within the company’s strategic criteria".

It is a shame that quality early childhood education is beholden to property values and the profit motive.