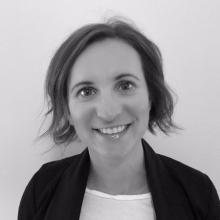 Sharon Fifield
Another job fair may be held in Queenstown in January to try to head off an impending labour shortage.

Ms Fifield said there were in total 2600 jobs available yesterday. However, 2000 of those were in horticulture.

Unlike last month’s "Jobbortunities" expo, the remaining 600 jobs, across a variety of sectors, were based in Queenstown.

"It’s a lot of jobs and we still have vacancies — we are still looking for staff."

Ms Fifield said the council was working with Remarkable Labour directors and Kiwi OE founders Blair McNaughton and Ed Stott, who launched their venture about a fortnight ago.

It aims to bring people to Queenstown from all over New Zealand, with guaranteed employment and accommodation for between two and six weeks, initially, in the hope some new recruits will choose to continue in their employment and remain in the district long term.

Ms Fifield said that was a "great initiative" and said the council was doing everything it could to connect employers with jobseekers, "but there’s still a gap".

"We’re all aware that without any major change in immigration settings, if people are here and want to work but their visa doesn’t allow that to happen, then we are facing labour shortages early next year.

"A lot of employers we spoke to today were really happy and felt really positive and got some good candidates, but they were saying, ‘I think we’re going to need another one of these mid-to-late January’."