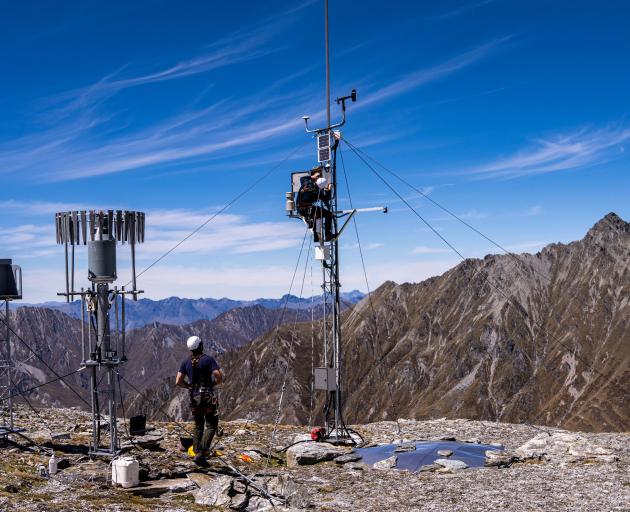 The station, 9km southeast of the township on Mt Larkins (1915m), is one of a network of 11, from Mt Ruapehu to Fiordland, that is collecting a long-term record of alpine weather and snow measurements.

In a media statement, Niwa hydrologist Dr Christian Zammit said the 7-year-old network’s main purpose was to measure how much water was being stored as snow, and to detect climate change effects.

The stations measured the depth, density and temperature of snow, as well as a range of other climate measurements such as rainfall, wind speed, temperature and humidity, Dr Zammit said.

Climate change would affect both the amount and seasonality of snowfall in New Zealand, he said.

"We expect the snowline to increase in altitude with time, and there is an expectation there will be less snow."

However, extremes would become more extreme.

More years of data were needed before researchers could confidently say how climate change was affecting the snow season.

The Mt Larkins station, which is a 15-minute helicopter ride from Queenstown, is serviced by Niwa researchers twice a year.

During the visits they replace fuel and antifreeze, collect snow samples, empty the snow collector for measuring snowfall, and check the equipment is recording data accurately.