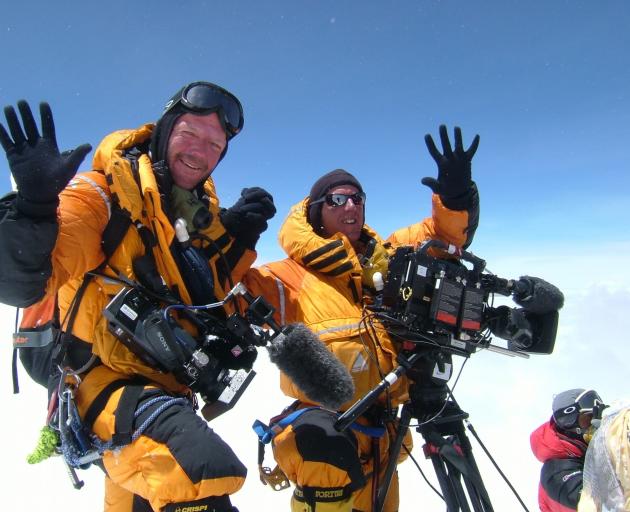 The 55-year-old reached the summit of the world's highest peak on Thursday while working for guiding company Himalayan Experience.

It means he has surpassed Lake Hawea's Dean Staples and Wanaka's Mike Roberts, who have summited the mountain nine times.

The record for all climbers is held by Sherpa Kami Rita, who scaled Everest for the 23rd time on Thursday, extending his own record.

Staples, who last climbed the mountain in 2013, said he was "super-stoked" his good friend was now the sole record holder.

They summited Everest for the first time together in 2004, along with Himalayan Experience's owner, New Zealander Russell Brice.

"We've been working together on and off for the last decade or more.

"Nothing too much bothers Mark. He just gets on with it and gets up there."

Staples said his partner, Lydia Bradey, climbed Everest from the north side on Wednesday.

He had no plans to climb the mountain again, but was leaving next month to climb the world's 12th-highest mountain, Broad Peak, in Pakistan.

Queenstown climbing guide Dave Macleod, a frequent climbing partner of Woodward, said he followed his progress online through a tracker.

"I was curious to see how he would get on because I knew it was going to be his 10th, and he was really wanting to do that."

It had taken four days for Woodward's group to reach the summit from base camp, and two days to go back down.

"It's a pretty awesome effort. It takes a lot to keep going back and expose yourself to the hazards over there.

"To reach that sort of pinnacle you've got be competitive, both with yourself and with other people," Mr Macleod said.

The Alan Arnette mountaineering website reported more than 800 people, including clients and guides, had been trying to climb Everest in a season of relatively poor weather.

With high winds due to hit the mountain from yesterday, only five days had been suitable for summit attempts this season, compared with the usual seven to 12 days.

Six people have died attempting to climb Everest so far this season, the website said.

Honestly, climbing Everest has become as irrelevant as having the record for standing in a telephone box the longest. A pointless waste of money just to appease the egos of those who can't think of anything original to do.

They queue in their hundreds on a fine day to "summit". How about spending that time and money on something productive instead.