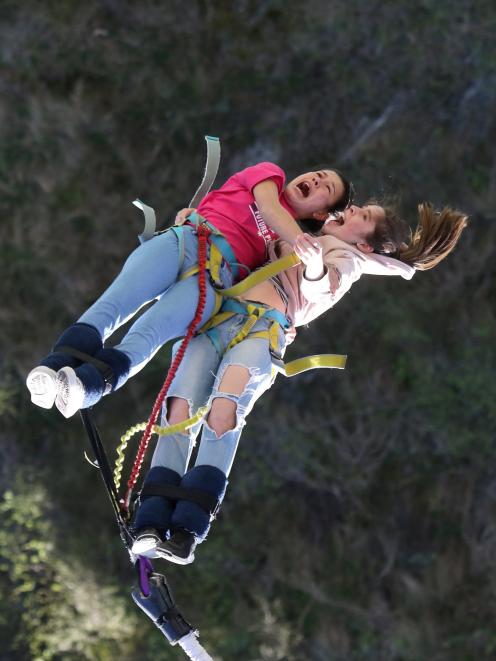 AJ Hackett Bungy New Zealand co-founder and managing director Henry van Asch said it was the largest group of graduating pupils on record for the school and it was exciting to see so many school leavers take advantage of the free, rite-of-passage jump. ''If this brave group of teens can bungy, they can do anything, and we're delighted to be part of their leap into the next stage of their lives.''

Last year, the company extended JumpStart into its Auckland Harbour Bridge Bungy site - the second group of Auckland pupils, from Manurewa High School, will be jumping from the 40m bridge later this month.

Since the programmes inception in 2005 more than 700 school leavers had jumped to mark the end of their secondary school education.