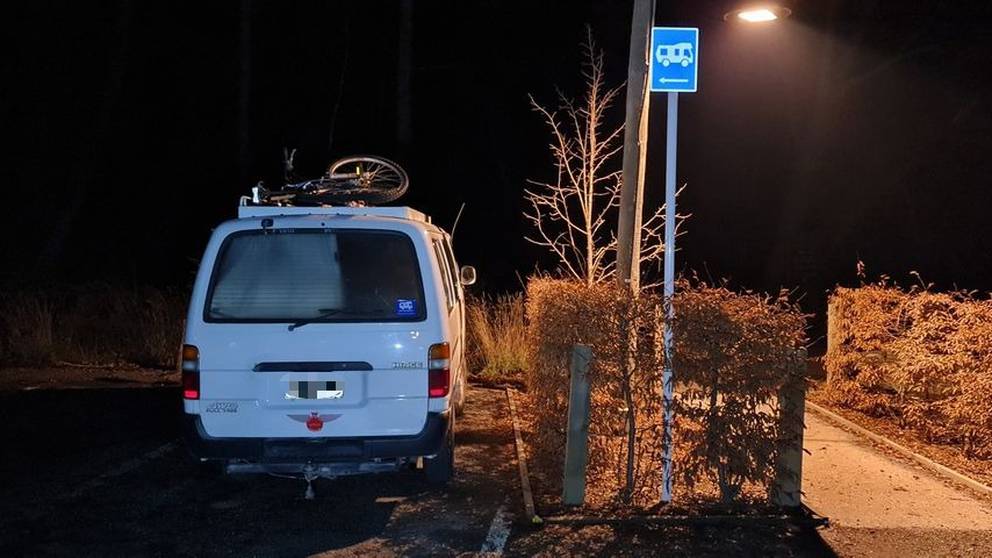 Tao Scott woke to find a $200 fine for sleeping off drinks the night before in a carpark in Arrowtown. Photo / Supplied
A motorist is fuming after copping a $200 fine after choosing to not drink and drive and spending the night safely in a public carpark.

Tao Scott, from Tauranga, is awaiting legal advice over the ticket issued last Saturday morning, after he chose to sleep off the drinks he'd had the night before in his self-contained van in a carpark.

"It seems drink driving is recommended in Queenstown District. I have been given a $200 fine in Arrowtown for NOT drink driving," he said.

"It feels like extortion ... I will absolutely be fighting the Queenstown bylaw, it's inhumane."

The 36-year-old said three other vehicles had also stayed in the same carpark overnight but had not been ticketed.

Scott, who said he was a New Zealand Motor Caravan Association (NZMCA) member, believed the signage in the public carpark was misleading after he parked in an area seemingly reserved for campervans.

According to Google Maps, a 2019 image of what was believed to be the entrance to the same Ramshaw Lane carpark had a sign which stated, "strictly no camping". Scott acknowledged he didn't see this sign.

Scott's ticket specified his offence was "freedom camping in a prohibited area without prior permission".

A Queenstown Lakes District Council bylaw prohibits freedom camping in town centres, residential areas and along key stretches of road. The bylaw was currently being challenged by the NZMCA. 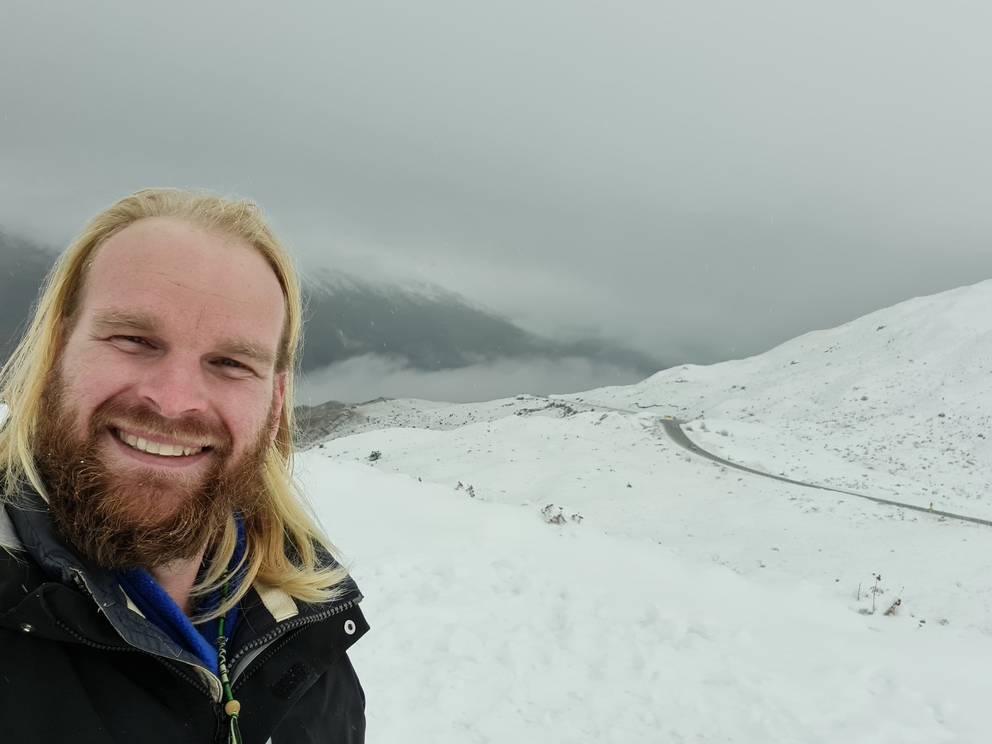 Tao Scott. Photo: Supplied
Outside those areas, visitors in certified self-contained vehicles could park for up to two nights at any particular spot on Department of Conservation, district council or NZ Transport Agency land, provided they were a safe distance from a road.

Scott emailed the council, requesting a reduced fine of $50 given his intent not to drive intoxicated, misleading signage, the fact his van was self-contained and that it was a one-off incident.

In response, a council staffer said they would not grant a reduced fine and stated Scott's right to pursue court action if he wanted to take the matter further.

He was expecting advice from Community Law Otago on Tuesday. Asked whether he could afford the fine, Scott said he would "pay it and not eat".

"People should have the right to feel safe to explore the local areas and spend time and money in the place at their own affordability," he said.

Scott said freedom campers could be treated with more empathy and respect, rather than having to wake up to significant fines.

"Wouldn't it be nice if the [council] officer knocked on your window and said, 'Can you move'? It was just a kick in the face."

Scott, who bought the van late last year, said he had endured tough times in his life which, at one point, made him think he should take his own life.

Through a series of support groups and festivals where he found confidence and self-love, Scott's mentality was now much healthier.

While the ticket had been a setback, Scott said he would continue his journey practising healthy habits.

"I'm surrounded by love and people and at the end of the day, I will just try not to park in these areas."

The Queenstown Lakes District Council has been approached for comment.

In 2019, a similar issue arose when Arrowtown man Glenn Wallace was fined $200 for sleeping in his ute in central Queenstown after drinking.

Wallace, who said he knew he should have paid for a taxi or a night in a backpackers, felt the fine sent the wrong message about drink driving.

One of the effects of social drinking is that it becomes easy to have "just another one" and go over one's intended sensible limit.
Then what?
Drive home? Take a bus - none available in that area/at that time, take a taxi, if available and affordable at the time. Leaving one's vehicle to the mercy of thieves and vandals? Don't forget to carry home any valuables such as laptop, camera, jacket, tools so as not to encourage break-ins.
Get out of the vehicle and sleep somewhere else nearby, vulnerable to hypothermia and random violent attacks?
Sleep in one's vehicle? NO! No-no-no.

Time-travel back to the previous evening and leave the bar before becoming unfit to drive - yes, that's the correct answer.

Apply to take them to court, under the Freedom Camping Act 2011:
Section 22 Defences to offences
...
(2) It is a defence to an offence if the court concerned is satisfied that—
(a) the act or omission giving rise to the offence was necessary to—
(i) save or protect life or health; or
(ii) prevent injury; or
(iii) prevent serious damage to property; or
(iv) avoid actual or likely damage to the environment; and
(b) the conduct of the defendant was reasonable in the circumstances; and
(c) the effects of the act or omission were adequately remedied or mitigated by the defendant after the offence occurred.

(3) It is a defence to an offence against section 20(1)﻿(b)﻿(ii), (d), (h)﻿(ii), or (k) if the court concerned is satisfied that—
(a) the act giving rise to the offence was necessary in the circumstances; and
(b) the conduct of the defendant was reasonable in the circumstances; and
(c) the effects of the act were adequately remedied or mitigated by the defendant after the offence occurred.
...
When council sees it hasn't a leg to stand on they may well withdraw the fine.

Excellent comment! I didn't realise this existed - and look forward to hearing the Queenstown council have been given their comeuppance for once! Fingers crossed...

{Applauding loudly} Thankyou MichaelN1 for providing this valuable information. I hope many people save it to their files and share it around.

Out of interest can anyone advise would these two people have been fined if they slept on the ground instead of their vehicle, like to know the extent of this legislation i.e. can intoxicated people who fall asleep in town be fined ?

A decent officer would have just given a warning, and told him to move on..