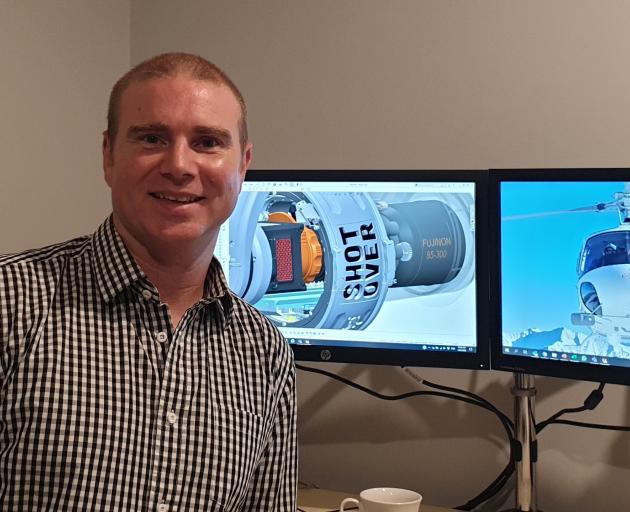 There's no shortage of public voices making it clear the South has an uphill battle ahead to recover from the effects of Covid-19.

But Brad Hurndell has a slightly more optimistic vision.

The recently appointed chairman of Film Otago Southland said he was confident the film and television industry would be integral to the region’s recovery.

"Film and television offers a great opportunity to bounce back, because obviously content can still be distributed online through streaming and other methods.

"That’s where Queenstown, and the surrounding regions, are well placed because that’s the bread and butter work we’ve been doing for a long time."

Screen production had the unique ability to simultaneously stimulate a lot of different industries, he said.

"Whether it’s the hotels or the restaurants or the vehicles, there’s a large group of industries that benefit when film and television are up and running."

Mr Hurndell was also confident advertisers would want to get their brands back out into the world — meaning production companies would likely return to the region to shoot.

"The sooner we’re back making content the sooner that lots of other fringe industries will also benefit from it. So I think it’s a great way to start New Zealand moving again."

Earlier this month, Mr Hurndell was elected chairman of Film Otago Southland, a regional film office which aims to provide information, facilitation and support for screen production in the two most southern regions of New Zealand.

"Fundamentally we’re looking to get the best out of the region when it comes to film and television."

"We want to help develop and deepen the skills of the regional workforce and improve and provide regional marketing and collaboration."

The current chief executive of Shotover Camera Systems, Mr Hurndell initially joined the Film Otago Southland board three years ago after he saw an opportunity to contribute his experience of working with overseas film industry groups.

A mechanical engineer by trade, he spent a number of years as an aircraft mechanic with the Royal New Zealand Air Force before joining Shotover Camera Systems in 2009.

The Frankton-based company specialises in "gyro-stabilised" camera systems — technology designed to mount on anything that moves, including helicopters, boats and planes.

Its products had been used on a range of the world’s biggest film and TV productions including two Star Wars movies and the next James Bond film.

"Whether it’s Formula One or big movies ... there’s a diverse range of projects and people we work with that are all doing amazing things with our technology, so it’s a really rewarding and interesting role."

Mr Hurndell, who is originally from Blenheim, lives in Queenstown with his wife and three children.