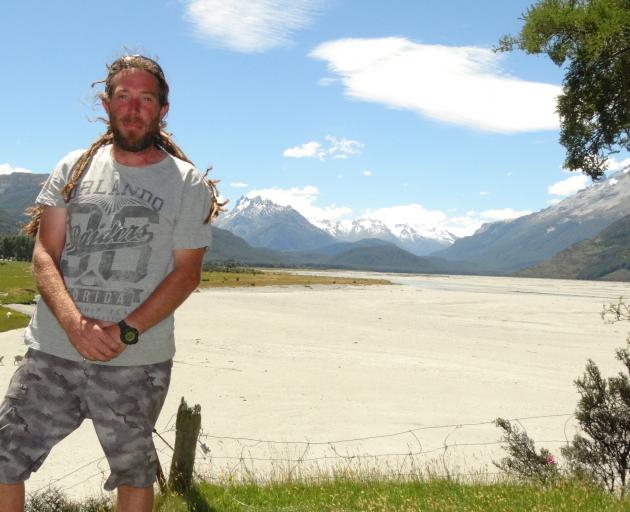 Rusty Varcoe has built more than 600 traps for the Routeburn Dart Wildlife Trust. Photos: Louise Scott
A pest control operation to protect native birds in the Rees-Dart River delta is proving successful just one month in.

That includes 601 traps — of which 574 had been placed by last Friday.

It is hoped the project will protect five species classified by the Department of Conservation as either endangered or threatened: wrybills, black-fronted terns, banded dotterels, black-billed gulls and black stilts.

Mr Varcoe, known as Rusty, said stoats had already been caught within the area which spans from the township to Muddy Creek and from Chinamans Bluff  to Kinloch — a total of 120km of trap lines. 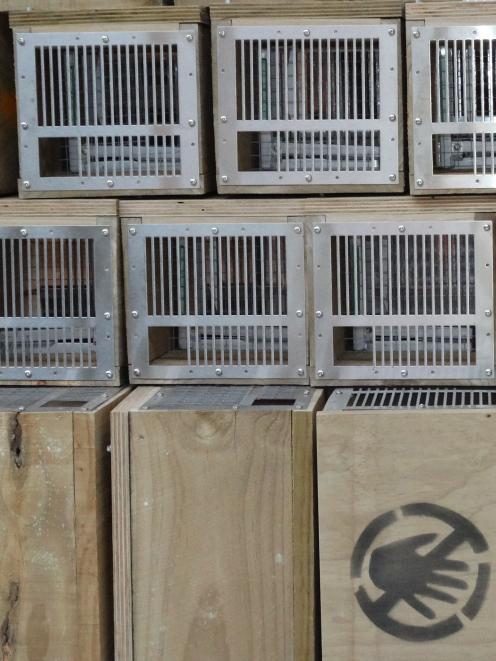 The traps, placed every 200m,  also target rats and hedgehogs.

"Some are put on the roads that run right the way round [the delta], others are on farm tracks, some on trails up the river and some where there is no trail at all and we have carried them in. There is a huge variation."

Two friends, Denis Arnott and Bruce Keach, helped him build and set the traps after he secured the contract with the trust.

As reported in the Otago Daily Times in October, it raised more than $200,000 in the previous six months to establish the trapline.

Mr  Varcoe began trapping about six years ago after noticing stoats and rats around the Glenorchy Lagoon boardwalk.

"I started with four traps and have added to the area I covered whenever traps became available and now run about 100 traps in my spare time. When the RDWT advertised for a contractor for the area I had no choice but to apply as  it’s my dream job in an area I am passionate about."

He gives local landowners a pat on the back and said they had been very supportive in relation to access and information — with one supplying a shed for use as a workshop and base for the operation. The traps have stainless steel grill ends to protect kea and the metal is also more durable in cold, wet weather. It took him seven weeks to complete the build — then four to set the traps.

The boxes were baited with dehydrated rabbit that  looked like a "chocolate block".

"We put it on a nail and the smell attracts them.

"It is hugely important to trap them as the amount of stoats and rats roaming around our countryside is massive and the more control we can have the better. We are not going to be able to get rid of them this way, but at least we are keeping numbers down so there is less of an impact on our birds and lizards."

The trust was set up in 2013 and already funds predator control work beside the Routeburn Track in the upper Routeburn Valley and Hollyford Face. Queenstown’s Doc operations manager Geoff Owen was delighted with the progress.

"The trust’s ambitious Braided River Project is one that we are especially pleased to see get under way.  This project is a massive undertaking with 601 traps being constructed and laid out on the upper and lower Dart and Rees Rivers.

Its good to make NZ more welcoming for tourists