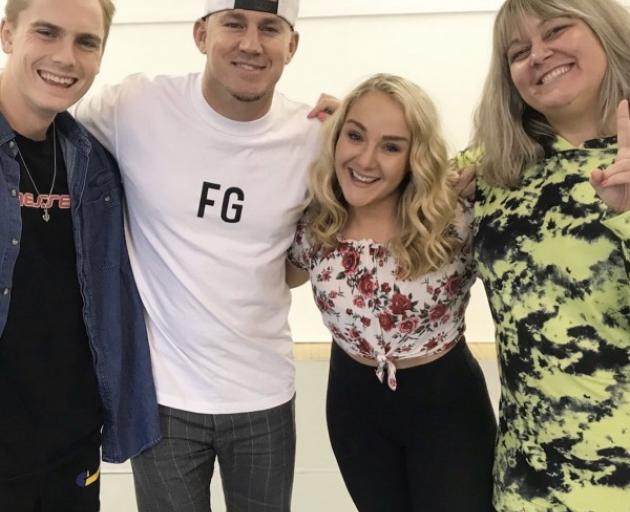 Alexia Brinsley’s one of two females, along with 16 hot male dancers, selected for the Australian edition of Channing Tatum’s show, Magic Mike Live, scheduled for a two-and-a-half-year tour.

Educated at both Arrowtown School and Wakatipu High, and originally taught acting by her drama teacher mum, Jenny, Brinsley’s been based in Melbourne since 2010, but is sitting out the Covid-19 pandemic in Queenstown.

The 29-year-old, who’s carved out a successful career in singing, comedy, dancing and choreography, was selected last December for Magic Mike Live after auditions in Melbourne and Sydney.

She then flew with the cast to watch the show in Las Vegas, in the United States, where it was originally staged, and on to Los Angeles where they met Tatum, who starred in and produced the original Magic Mike movies based on his eight-month career as a stripper in Florida.

The cast then watched the show in Berlin and rehearsed it in Belgium before putting on
two shows there.

Their Aussie tour was to have started in May, but then Covid hit.

A six-month Sydney season’s now tentatively scheduled to start in November, followed by seasons in Melbourne, Perth, Brisbane and Adelaide before, potentially, a season in New Zealand.

Brinsley’s not allowed to talk about her role, beyond saying it involves ‘‘a little bit of every- thing’’.

‘‘It’s a surprise so the audience don’t know it’s coming but I’d say it really is at the heart and the humour of the show.’’

‘‘Standing on the stage, I can feel the vibrations of the speakers, like, it’s so loud.’’

She’s content to leave the lap dancing to the men, ‘‘but I’m happy to be the lap for them to practise on, which definitely happened a lot in rehearsals’’.

Not only is the show the biggest Brinsley’s been in, ‘‘it’s probably the biggest thing I’ll ever do’’.

‘‘Travelling with 16 of the world’s best-looking, most talented men is a great thing as well.’’