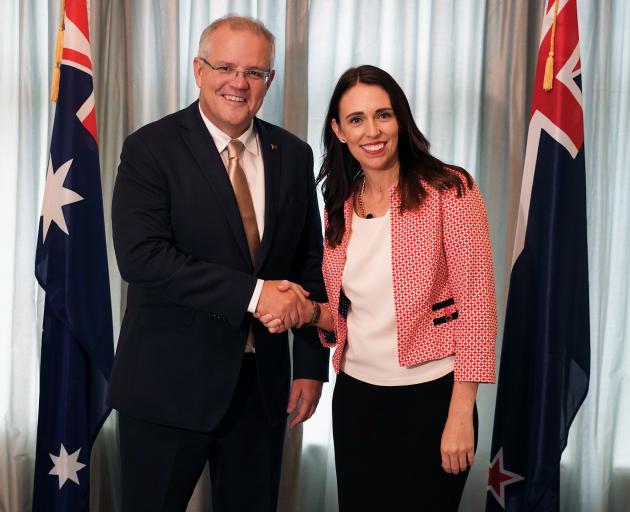 Prime Minister Jacinda Ardern is set to host Australian counterpart Scott Morrison in Queenstown for their annual meeting at the end of the month.

Ms Ardern, who announced the meeting yesterday, said it would focus on Covid-19 recovery, as well as regional and security issues.

"It really puts Queenstown front and centre for both countries as a place to, not just have some fun, but also do business.

"And it is a great opportunity for our other industry sectors, outside of tourism and hospitality, to also engage with the two prime ministers and really showcase the range of industry that is here."

Ms Stokes said it was also a chance to get the topics of immigration and "tight workforce conditions" on the agenda.

"I think it is a marvellous opportunity for Queenstown to showcase itself to Australia.

"Clearly the prime minister’s visit will be big news in Australia and that’s just what we are looking for.

"We’re pretty excited about it."

Mr Morrison, accompanied by his wife, Jenny, will arrive in Queenstown on May 30 and talks will take place the following day.

Ms Ardern and Mr Morrison will meet Australian and New Zealand business, tourism, and community leaders, and lay a wreath at the Arrowtown War Memorial.

Mr Morrison will also attend the Highlanders v Rebels Super Rugby game being held in Queenstown on the Sunday.

Ms Ardern said she was looking forward to welcoming Mr Morrison back to New Zealand, "following a difficult year for both our countries through the pandemic".

"Our relationship with Australia is our closest and most important and this has never been more evident than in these trying times for the world.

"An in-person leaders’ meeting reflects a significant achievement for both our countries and is highly unusual in the Covid-19 context."

The last meeting between Ms Ardern and Mr Morrison was in February last year, the day of New Zealand’s first Covid case.

It would be a "milestone and a pleasure" to resume discussions face-to-face, Ms Ardern said.

She has previously used such meetings to press home her dissatisfaction with Australia’s 501 deportation policy.

Ms Ardern said they had always been transparent about "difficult" issues in the relationship.

They always discussed those when they popped up, she said.

This meeting was more about where to next for the relationship, she said.

"I expect it to be a very practical meeting."