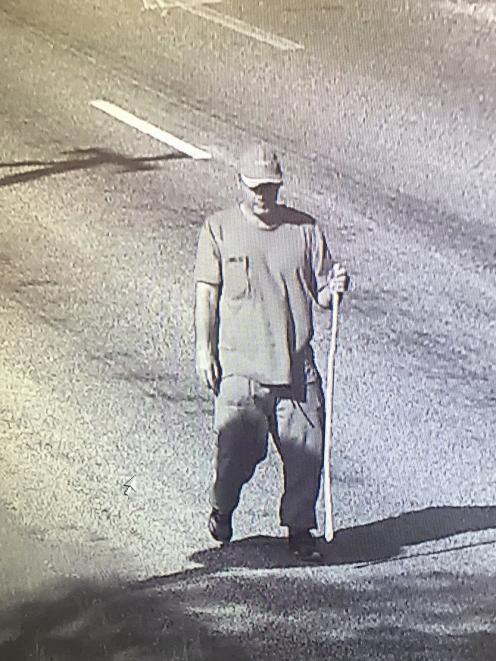 The 'bulgy-eyed' man sought by police. Photo: Supplied
Queenstown police are looking to identify a "bulgy-eyed" man after a burglary and a car theft in Kingston last night.

A Kent St resident was shocked to discover a man in his lounge wearing a pair of his boots and carrying a bag full of food at about 7pm.

The man had a discussion with the intruder, who Sergeant Kate Pirovano, of Queenstown, said had appeared to be in "hard times".

He gave him some food and an old pair of boots before the intruder left his house.

The resident soon called the police after discovering the man had been through his cupboards and appeared to have been in his house longer than he initially though.

Later that evening, about 10pm, police received a call to let them know a bag of food had been found near a bus stop in the township.

Police also received a report of a car theft this morning, believed to have happened overnight, after a 1989 blue Mazda flat deck truck with an orange kayak on the back was taken from a property on State Highway 6, near the Kingston Gas petrol station.

Sgt Pirovano said police were "confident that it was the same person" involved in both incidents and witnesses were being sought.

Officers were looking to speak to the man pictured in relation to the two incidents.

The suspect was described as a "bulgy-eyed" Maori man in his 40s, wearing a dark green t-shirt and carrying a walking stick.