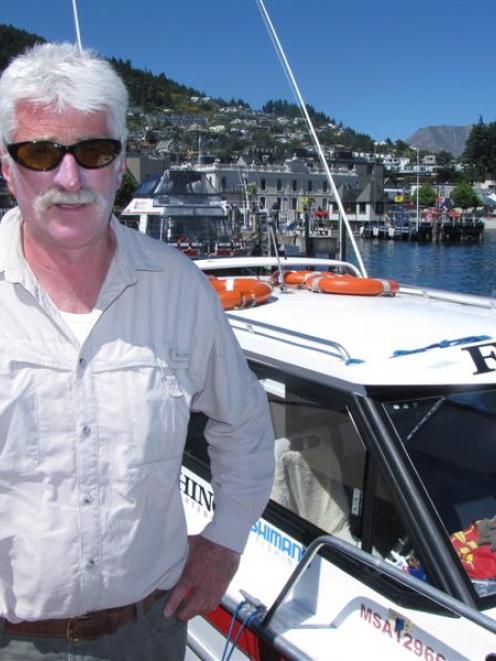 Stu Dever
The man who took the mayday cellphone call from two French kayakers found dead on Lake Wakatipu on Monday night says the rescue response was too slow and the deaths should spark debate over bringing the Coastguard to Queenstown Bay.

"The Coastguard themselves say it takes them 25 minutes to respond - you're dead in that lake in 20 minutes.

I hope this issue reignites debate and blows it out of the water," Paraflights co-owner Chris Bradley said.

Their bodies were found floating near Hidden Island by a helicopter with night-vision equipment three hours later.

Earlier Mr Bradley's business partner, Carrick McLellan, had watched the men paddling on the lake and had offered them a boat ride back to Queenstown, warning them to head back before a dangerous southerly blew in.

Mr Bradley said the Queenstown Coastguard were "nice guys" with "good gear and a good boat" but said the Frankton marina-based boat, which sits on a tractor on the shore, should be moved to moorings at Queenstown Bay.

"Having the Coastguard based at Frankton marina is like having the Queenstown Fire Station based at Twelve Mile - once members get the call they have to drive to Frankton and get the boat in the water and drive back to town," he said.

Paraflights often warned kayakers to return to shore or picked them up - at company expense, he said.

"I'm sick of pulling dead bodies out of the lake ... it's no-one's fault but we should be able to do better in this day and age."

He said the rescue effort was a hot topic on Queenstown Wharf yesterday among commercial boat operators dismayed at more death on the alpine lake.

Fishing Boat Trips owner Stu Dever, a former Queenstown police detective with local search and rescue experience, said many operators were angry only four boats were called and said all operators should have been.

In the past decade Mr Dever had been involved in saving four people from the lake, including two kayakers, and said he was "disappointed" he was not called.

"My boat's fast and rugged.

It's the best boat on the lake for this situation.

From my house on Queenstown Hill my response time is six minutes," he said.

"Perhaps out of this we might get some discussion as to where the Coastguard should be sited and perhaps over the summer a possible site can be found in Queenstown Bay," he said.

"Coastguard and the police have to tick all the boxes.

It's got to be a controlled search otherwise you put other people at risk," he said.

However, he said relocating the Coastguard to Queenstown would make response times "a little bit quicker".

He had met search and rescue co-ordinator Senior Sergeant John Fookes, of Queenstown, yesterday to explore ways of speeding up rescue callout times.