Routeburn to partially reopen next week 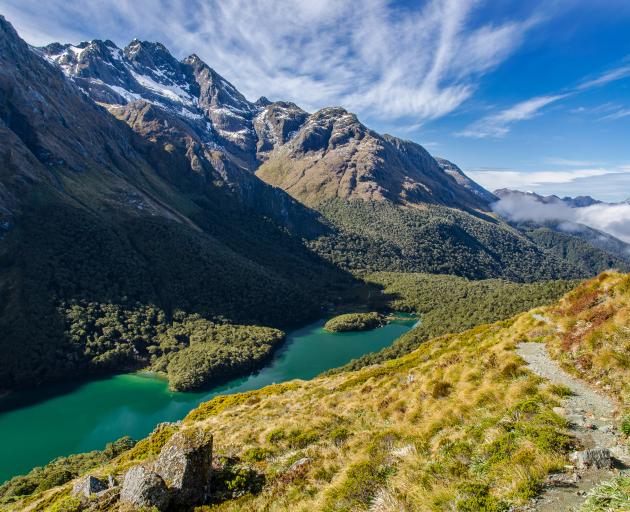 Lake Mackenzie from the Routeburn Track. Photo: Crystal Brindle/Doc
The Routeburn track is set to be partially reopened next week after being closed due to damage from storms in February.

Walkers will have the option to hike the Routeburn Return – a four-day three-night return experience replacing the Routeburn Great Walk beginning on March 12.

“We know people are really keen to get back into nature as quickly as possible, but for us, safety has to come first. We knew really early on that the track as a traditional cross-alpine Great Walk adventure could not be safely reopened in its entirety this season.

“Now we’ve completed assessments, made some necessary repairs, and are pleased to announce access from the Glenorchy end, through to Lake Mackenzie hut is now safe for people to return. Repairs have included flying in a replacement temporary bridge, fixing damaged bridges and track clearance.” 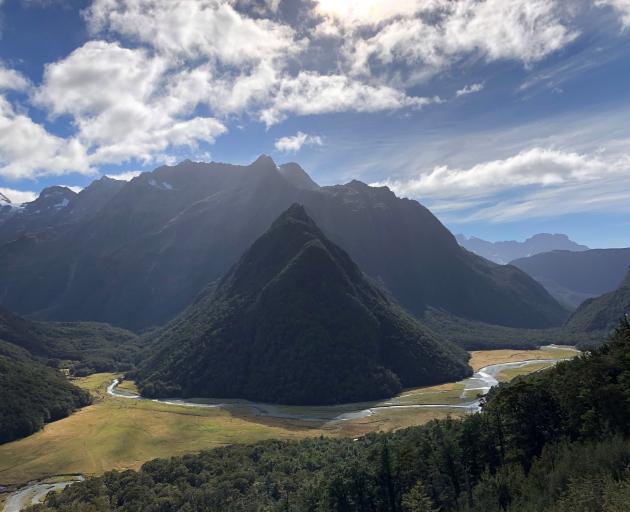 There is still no access from the Divide/Milford Road end of the track for the foreseeable future and the track will not reopen as a full walk through experience this season.

“The Milford side of the Routeburn track, between the Divide and Howden Hut has sustained significant damage, Lake Howden Hut in particular has been damaged beyond repair, and there are significant landslides that have made the track unsafe," Mr Fleming said.

The Routeburn Return experience is longer and more challenging than the traditional Great Walk, as walkers will now trek about two thirds of the original track before turning back to head out the same way, staying at either Routeburn Falls or Routeburn Flats each way, he said.

“They’ll also get to tackle Harris Saddle twice, which is a harder climb but  the panoramic views between valleys make it all worth it.

“This is a really special part of the country, popular with experienced hikers, hunters, climbers and campers and we hope people enjoy being able to get back out there, safely. Access to these areas is available now.

“Of the 79 tracks that were closed following the February flood, the fantastic work of our rangers has seen 51 of these tracks reopen. Fiordland and Mount Aspiring National Parks are most definitely open for business.” he said.

Refunds for people booked on the full Routeburn Track are still being processed. Customers who were booked to walk the Routeburn Great Walk from February 4 to April 30 have been contacted by email and offered the chance to self-cancel and book the Routeburn Return walk.

“Of the 79 tracks that were closed following the February flood, the fantastic work of our rangers has seen 51 of these tracks reopen. Fiordland and Mount Aspiring National Parks are most definitely open for business.”.