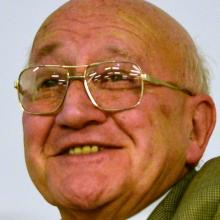 Tipene O’Regan
Sir Tipene O’Regan has shut down Otago regional councillor Michael Laws after he said it was "madness" to change Queenstown’s Maori place-name spelling from Wakatipu to Whakatipu.

"We need to get a conversation going about these matters rather than tearing people to bits," Sir Tipene told the Otago Daily Times.

The new Whakatipu Wildlife Trust, which was launched last week, has prompted a conversation about its use of the ‘h’ in Whakatipu.

"Wakatipu" has traditionally been spelt without an ‘h’,  but Sir  Tipene told media using the Whakatipu spelling was correct and good and Whakatipu had been misspelled and mispronounced for decades.

Cr Laws, who in 2009 was publicly outraged when the New Zealand Geographic board added an "h" to the historic spelling of "Wanganui" — the district he was mayor of at the time, has again spoken out publicly against the use of a correct Maori place-name spelling.

He strongly disagreed  any spelling changes should be undertaken and thought the local community should decide on what their district was called, not Sir Tipene, who lives in Canterbury, he said when contacted this week. 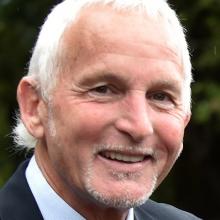 Michael Laws
But Sir Tipene said he wanted to start a conversation about the possibility of changing the spelling, giving the community a chance to have their say. When the community was "ready for it" he would like to see it formally changed.

Sir Tipene is a former chairman of the Ngai Tahu Maori Trust board, which was replaced in 1997, was on the New Zealand Geographic board for 28 years, until 2013 and is now on Ngai Tahu’s heritage and identity advisory board.

Whakatipu has no direct translation, but Sir Tipene said it was a matter of consistency as eight other places in the area started with "Whaka".

The Dart River, near Glenorchy, for example, was traditionally called Te Awa Whakatipu and Lake McKerrow in the Fiordland National Park was Whakatipu Waitai.

He said Ngai Tahu has not made any formal move to change the spelling.

Anyone can put forward an application to the New Zealand Geographic Board to have a place name  changed or spelling corrected. Queenstown Lakes Mayor Jim Boult said he did not imagine there would be any official moves to add an ‘h’ to Wakatipu, but it would be nice to see it spelled correctly more often over a period of time.

He thought the change could take 20 years.

Any discussion of the correct spelling of Maori names is just wasted time. Maori didn't have a written language before European settlement. Every Maori place name is an interpretation of how local Maori pronounced the word. Some places may sound alike, but were interpreted differently. That does not mean they are spelt wrong, just differently.
This is just political correctness wasting time, and with the potential to waste tens of millions rewriting every book, website and signpost etc.

Well put!
Fair enough if it's causing confusion or distress, but to simply change it because one bloke thinks it should be spelt a particular way is insane.
One thing is certain, Michael Laws isn't trying to shut down the conversation. More likely he's trying to stop wastage of taxpayers money. Something the wealthy Sir Tipene doesn't need to worry about!

I don't think there is even a consensus on the actual meaning of the name. It is just the 'h' sound that had been dropped. Just let it stand. Wanaka appears to have been Owhanaka at one stage and the Rakaia River was Olakaia. Both indicate a possessive of some person hence the place of Whanaka and Rakaia/Lakaia. So does Mr O'Regan also intend to also change Akaroa to Whangaroa, to align the local Kai Tahu dialect with North Island dialect?

Great to see Laws doing this.