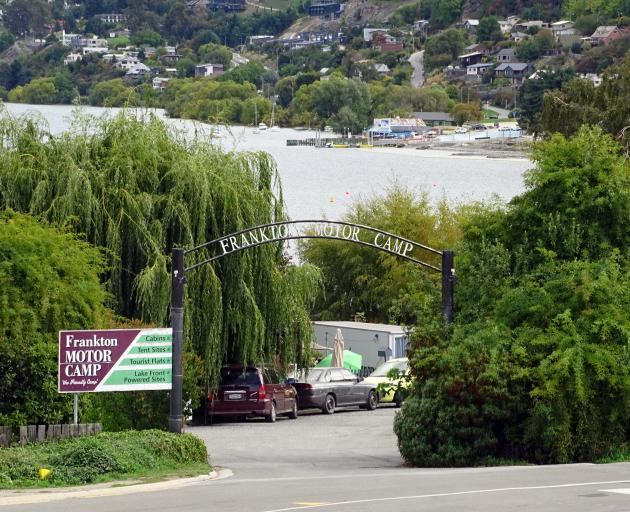 The decision to return the motor camp to its original purpose was made following the adoption of the Responsible Camping Strategy in October 2018.

As reported in the Otago Daily Times in January last year, more than 100 temporary and permanent residents were evicted as a result.

The strategy defined camping as "staying overnight for recreation in an outdoor area for one or more nights, usually in a tent, cabin, caravan, campervan or other vehicle".

Temporary or permanent residential accommodation in camping grounds was not included in the strategy.

The council worked for almost a year on developing the strategy with six other parties: the Department of Conservation, NZ Transport Agency, Land Information New Zealand, the Ministry of Business, Innovation and Employment, and the Southland and Central Otago District Councils.

QLDC parks manager Graeme Davies said the area would be fenced off on Friday and trees would be trimmed to make way for the removal of cabins and caravans.

Access would be granted only by appointment and for scheduled removals.

A new camping ground management lease was set to begin on May 1 and the site was expected to be cleared by April 30.

QLDC community services general manager Thunes Cloete said the council had received some applications to take over the commercial lease and "play a key role in the redevelopment project".

"We now have a shortlist of two applicants and are working through commercial negotiations with those parties. When the site is redeveloped, we expect it will provide modern, much-needed camping capacity for both domestic and international holidaymakers in a great location on the lakefront."