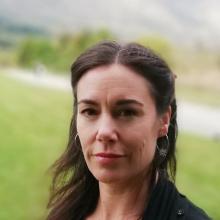 After her swearing in, expected to take place at the council’s next meeting on June 30, the 45-year-old will take over the Queenstown-Wakatipu ward seat left vacant by John MacDonald’s resignation in March for health reasons.

Ms Whitehead, who has lived in Queenstown for 21 years, told the Otago Daily Times she was delighted by the result, and looking forward to starting her councillor role.

Although the campaign had been enjoyable, she had also found it ‘‘quite hard to put yourself out there’’.

A self-employed consultant who provides training, advice and advocacy services for the government, universities, schools and businesses, she was until recently the managing trustee of the Dyslexia Foundation of NZ for 11 years.

She co-owns Vertigo Bikes with her husband, Tim Ceci, and was the co-founder of Sustainable Queenstown.

She told the Mountain Scene in April she particularly wanted to represent younger voters, and would push for ‘‘more equity and accessibility in decision-making’’.