With Covid-19 generating increased unemployment rates in the Wakatipu Basin, social services in the region have never been busier.

“Last week was the busiest week we’ve had so far,” Lt Wilson said.

“It does seem that we’ve peaked a little bit, the numbers aren’t coming as thick and fast [this week] as they were last week but it still shows that the need is still incredibly great and we’re not out of the woods as we move into Level 2.” 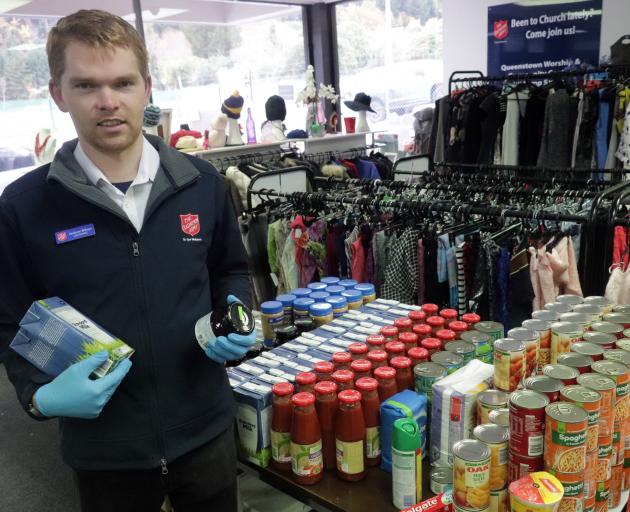 “We know of a few people who are staying in employment simply because of the wage subsidy and once that dries up they’re going to be facing redundancies, both New Zealand citizens and migrants that we work closely with.”

Across a four-week period one of their email addresses received 822 messages, both from people needing assistance and those wanting to help.

“We’ve been doing the outbound calls to all of our clients that we’ve assisted to make sure that they’re OK and accessing the support services that they need,” Ms Francis said.

Queenstown social services have collaborated increasingly during Covid-19, she said.

“Some of us did collaborations before but now we’re just great buddies helping out in whatever way we can with each other.”

Happiness House has also been inundated with people wanting to help and donate.

“People are saying ‘Look, I’ve got all this wood and this produce and I’ve got this meat’... it’s really about trying to work out who needs it the most and getting it to them.”

The Otago Daily Times reported a shortage of mental health staff in Queenstown in February and Ms Travers said a hiring process had continued during lockdown.

“Recruiting has continued throughout Alert Levels 3 and 4, with offers made to successful applicants, which if [they] are taken up, will leave the team almost fully staffed.”