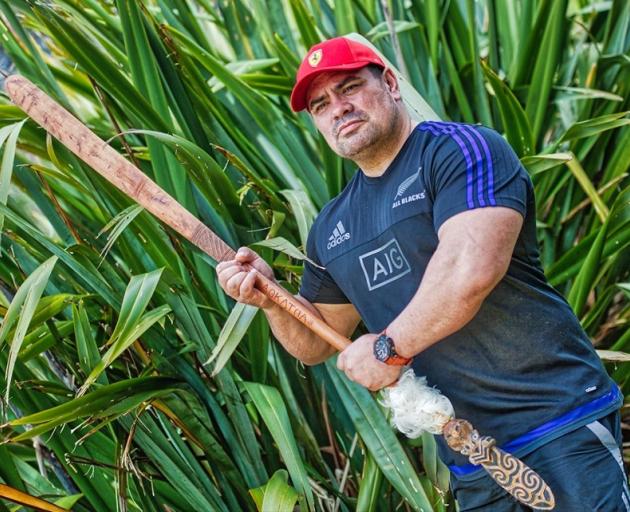 Former gangster- turned evangelist and social worker Owen Pomana. PHOTO: SUPPLIED
A former crackhead male prostitute-turned gangster and jailbird, who literally got a hammering from the Hells Angels, will tell a Queenstown Research Week audience today about the stem cell treatment that has changed his life.

Owen Pomana is now an evangelist and preacher who works with homeless people, but his remarkable life story is not the focus of his presentation.

Instead, he is speaking about the successful treatment on his hips to heal cartilage degeneration and osteoarthritis caused by that 2005 beating.

Mr Pomana told the Otago Daily Times that while waiting for a double hip replacement, his inability to continue his work caused him to sink into depression and weight gain.

It involves taking a small piece of fatty tissue, extracting stem cells, multiplying them in a laboratory and injecting them into the problem area.

His pain disappeared within days of the procedure in June, and the functionality of the joints had steadily improved, to the point where he had been snowboarding five times, Mr Pomana said.

But his life spiralled after a broken relationship. He ended up living rough in Australia, and worked as a male escort before he was taken in by a motorcycle gang.

"I lived my life by the gun, the fist and drugs. I was in and out of prison for most of those 12 years."

"He took me into the streets and I watched him be kind and generous to people.

"That's something that moved me in the heart, and something I want to do."

Despite his criminal record, he had been able to travel to 50 countries, visiting orphanages and hospitals and working to stop human trafficking.