By Tracey Roxburgh
1 Comment
Subdivision consent for a 300-plus housing development on the former Wakatipu High School site is expected to be lodged within a month and physical work could start before winter.

Mr Twyford said KiwiBuild bought the 4ha site from the Ministry of Education and had worked with Ngai Tahu Property on the proposed development.

The development agreement was "quite close" to being finalised, after which consent would be lodged.

The first homes were expected to be finished in 2022. 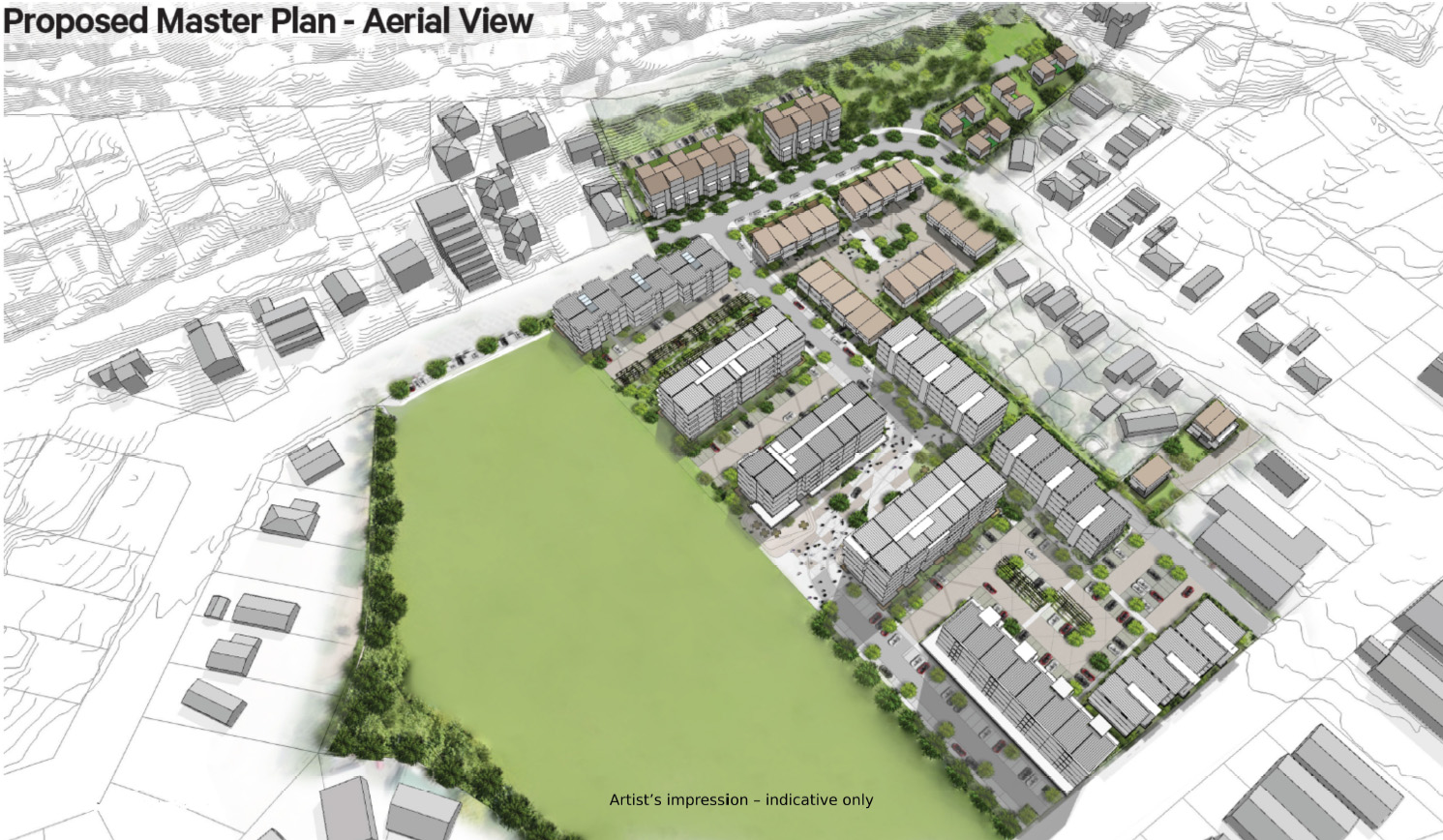 An artist's impression shows what Ngai Tahu Property's planned development at the former Wakatipu High School site may look like. Warren Park is shown on the left of the image. IMAGE: NGAI TAHU PROPERTY

More than 100 of the housing units, which would primarily be apartments in multi-storey blocks, would go in to the KiwiBuild programme and be priced below $650,000.

The Queenstown Lakes Community Housing Trust would also be involved.

Mr Twyford said Queenstown had the most expensive housing in New Zealand - the average house price was $1.2 million and the average weekly rent was $620.

The resort needed to be "the most amazing playground" as well as a place families and workers could afford to live in.

"We have to make sure that the people that keep the economy ticking over, the people that get up every day to work, to keep the visitor economy booming here, have access to affordable housing in town.

"We'll see a community built here that will make people proud, not only to live in, but will make the rest of Queenstown proud to have this new, contemporary, urban development right here in the heart of the town."

Mr Kennedy said the company "can't wait to start" the development, which would take at least five years to fully complete.

He said the iwi already had significant investments in the Wakatipu, including farming, tourism and other property interests.

"We're very excited about the opportunity to expand the footprint of Ngai Tahu in this area, which is very, very special to the tribe and has been for a very long time."

Mr Boult said it was pleasing to see the former high school site being "recycled for future use" and described the housing development as an "enormous step in the right direction" to help address affordability issues in the resort.

Also, given its proximity to the CBD, residents would not necessarily need cars for their daily commute.

He said there was "no better party" to develop the site than Ngai Tahu, which would bring with it a "social responsibility" which was needed.

"It could have been quite easy to have simply sold off this site for commercial development to the highest bidder.

"Government has taken a social responsibility in it and said `no, this should be housing' and I very much support that.

"I just can't wait to see the diggers roll."

The school never should have been moved. I have found learning in the new 'innovative learning environment' harder due to the increased noise levels. Around 70% of the people I have talked to have also found this and this is out of a wide range of people. Behaviour also seems to have suffered at the new school, no one wants to go outside into the bland concrete sprawl so people tend to behave worse in the school building, consequently, the school has to kick year 9 - 12s out at many breaks. People were more willing to go outside at the old school more often due to the maze-like complex of neat seating areas well shaded by trees such as the one shown in the video. Evidence for my claims about people disliking the new school can be found on the whiteboard behind the speakers.
Many people cite the poor condition of the old school and the lack of capacity, although these problems could have been fixed without spending $30M. E.g. A development of a new modern building such as R block built in 2005 which increased the capacity by around 150 people and an overall repair to the building. Also, there are the consequences of students having to get used to the new learning environment.