A Covid-19 pop-up testing site operating on Queenstown’s Village Green this week is targeting workers who have daily interactions with visitors.

Queenstown Medical Centre chief executive Ashley Light said the site was a collaboration with the Southern District Health Board and WellSouth, and part of a programme of community surveillance testing throughout the country.

It was aimed at workers who dealt with visitors face-to-face every day, such as taxi drivers and shop workers, Mr Light said.

"We’ve decided to put it in the middle of town to make it really convenient for service workers." 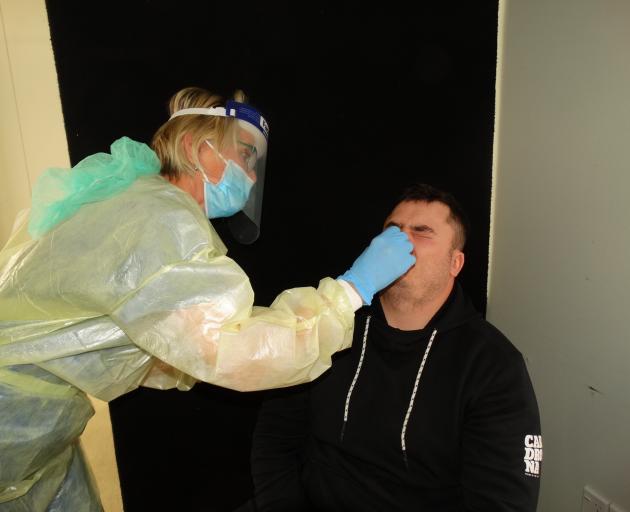 It was set up yesterday and would operate from 8am to 6pm until Thursday with a goal of 600 swabs.

"We’ll also be visiting some of the biggest employers around the region to make sure that if they can’t get to us, then we can get to some of those companies.

"We’re pretty confident we’ll meet the numbers, but we’d love to see as many of our service industry community members as we can over the four days."

Tom Cunnington, a retail and rentals assistant at the Cardrona and Treble Cone office in Camp St, said he had noticed the pop-up site while walking to work that morning, and decided to get tested.

"I think it’s the right thing to do with us working with people from all over New Zealand.

"It’s not nice, but it’s 10 seconds of being uncomfortable and then it’s over and done with."

The site’s nurses had taken 130 swabs by 5pm yesterday, on track for the daily target.