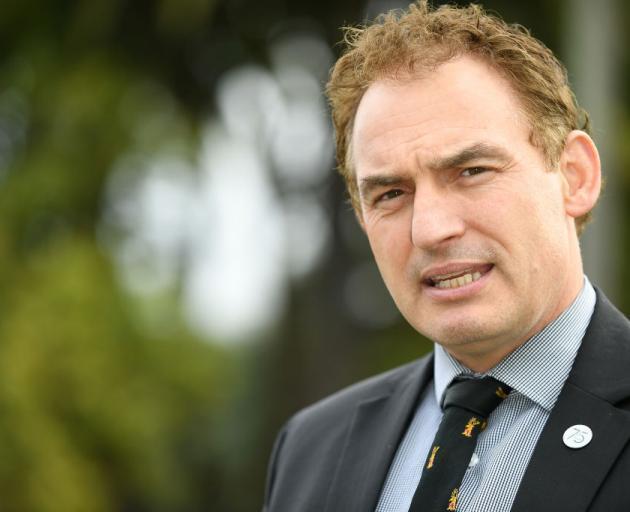 That strategy, announced last month, is guided by the Government’s elimination strategy and vaccination rollout, while reducing the need for further lockdowns by strengthening the health and contact-tracing systems.

More information is expected to be released this month on a pilot self-isolation programme for a limited number of travellers between next month and December, and a new border system based on low, medium and high-risk entry paths will start early next year.

Quarantine-free travel between Australia and New Zealand was paused on July 23, at first until about September 17.

During an online Q&A session last week with 17 representatives from chambers of commerce across New Zealand, Mr Nash was asked if there was a ‘‘plan for reopening the borders’’.

He replied, in part: ‘‘At some point, Cabinet is going to have to make a very difficult decision about when we ... push go on reconnecting with the world.

‘‘I think it’s pretty clear that we won’t be having an Australian bubble again, certainly before that reconnecting strategy kicks in, because, as you’ve heard, they’ve pretty much thrown up their hands and abandoned the elimination strategy, certainly in New South Wales and Victoria.’’

However, in a statement to the Otago Daily Times, Mr Nash said the Government did want the bubble with Australia to resume, ‘‘and we remain committed to it’’.

‘‘No decisions have been made about a date for resumption of quarantine-free travel with Australia. However, it is abundantly clear that ... is some way off given the nature of the community outbreaks and travel restrictions within states.’’

Given the situation in New South Wales, in particular, suspending the transtasman bubble was ‘‘the right thing to do’’, as it provided time for Australia to manage its outbreaks and gave New Zealand health officials time to monitor the situation, assess travel developments in other countries and consider different quarantine-free travel settings ‘‘while ensuring New Zealanders are safe’’.

Queenstown Lakes Mayor Jim Boult said given the situation in New South Wales - where 1281 cases were recorded yesterday — ‘‘there’s no way in the world the border’s going to open until either Australia have it under control, or we are vaccinated ...’’

But he hoped the country at large might be back in Level 1 ‘‘sometime in the next month or two’’ and had asked the Government to consider ‘‘incentive packages to incentivise people to travel, particularly over the summer’’.

Mr Nash’s Q&A with the chambers was, in part, to discuss a petition — signed by more than 50,000 businesses — for more support for small to medium businesses, specifically a suggestion the one-off resurgence subsidy could be varied and used for that purpose.

He told the ODT he had discussed the petition with Finance Minister Grant Robertson ‘‘and the Government remains open to considering other forms of business support’’.

With a "vaccine" that we have now been told only "lessons the symptoms" and now will need "boosters" because the efficacy is waning....

There will be no "bubble" with Australia or any other country. The rest of the world have acknowledged that "elimination" of the virus is impossible and the the population needs to be vaccinated to minimise effects and that lockdowns are a failed strategy.

That means all international visitors are likely to be carrying viral loads, even if they are not symptomatic, and so discussions about "bubbles" is nonsensical and pointless.

We need to face facts, and concentrate on vaccination programs (now and in the future) and ensuring better ICU facilities for the inevitable cases that are coming.

I was looking forward to reading how the govt stance was at odds with advice.
In summary I leavened that the advice was to keep the bubble closed for the foreseeable future and I learned that minister Nash set out the govt stance as being committed to opening the bubble when science advice said it was safe to do so.
How are they at odds?