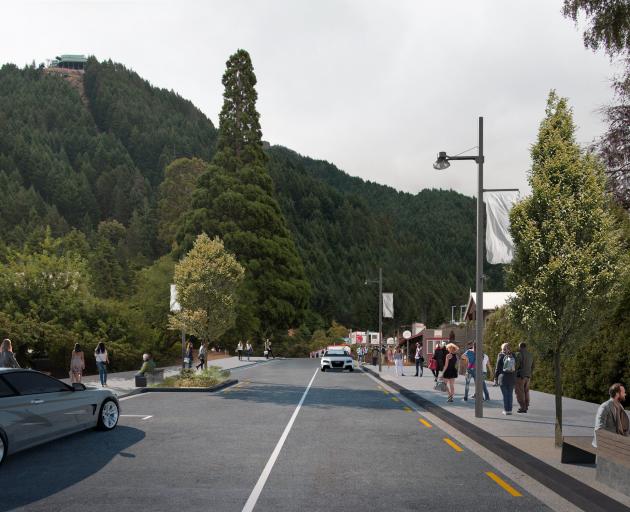 Three Queenstown tree removalists declined to give a quote to the Queenstown Lakes District Council to remove the trees, on the corner of Brecon St and Cemetery Rd, to make way for a 4m path.

But the council has found a contractor from outside the Wakatipu to do the work.

In a statement yesterday, council property and infrastructure general manager Peter Hansby said the trees would be removed on Monday.

The situation has outraged many, including New Zealand Arborcultural Association secretary Mike Roberts, of Dunedin.

He pointed out Queenstown was accredited as a ‘‘Tree City of the World’’ last March — one of only three locations in New Zealand to be accredited, and the only place in the South Island.

The programme is run by the Arbor Day Foundation and Food and Agricultural Organisation of the United Nations.

According to a statement the council released at the time, accreditation ‘‘recognises select cities that make the planting and care of trees a priority’’.

Mr Roberts said to have been named a Tree City and then remove well-established, healthy trees was ‘‘farcical’’.

He also labelled the eucalyptus trees’ removal as ‘‘intergenerational theft’’.

‘‘If these trees are gone, in the urban environment people aren’t going to see trees that big [again].’’

A nearby redwood, on the corner of Brecon and Isle Sts, is not earmarked for removal as part of the work.

‘‘So they’re doing something there, but they can’t do it for these gum trees, which seems odd,’’ Mr Roberts said.

While he accepted coming up with such a solution would cost more, he contended, ultimately, it would end up being ‘‘cost-negative’’ on the basis of the monetary value of the trees’ sequestration.

Mr Roberts commended local arborists for declining to quote for the project.

Royal Tree Ltd director Jimmy Carling said local arborists wanted to work with the council and the alliance in charge of the CBD upgrade and arterial route projects to ensure ‘‘we don’t come out the other end worse off’’.

While he appreciated funding was available for only a finite period for those projects, it was important to keep the ‘‘big picture’’ in mind.

‘‘[It’s about] making sure that when we come out the other end of it that we have actually seen the town improve ... and we’re not left with a tree-less concrete jungle.’’

Upon reading about the plan he was ‘‘appalled’’, he said.

He noted the council had its own district tree policy, and there were ‘‘numerous parts’’ of council’s statement last week that ‘‘flies in the face of’’ it.

The council’s justification for their removal was ‘‘pretty agricultural’’ and did not seem to consider its own policy, he said.

Along with benefits for kereru and tui, which nest in the trees, Mr Carling argued the Brecon St trees provided visual mitigation for urban intensification.

‘‘Those eucalyptus are probably some of the oldest stands of eucalyptus in the district, and when you think about what they’ve lived through — all the different storms and squalls and weather events — and yet, now, they can’t survive a 4m-wide cycle path going in.’’

- By Cass Marrett and Tracey Roxburgh

That Mike Roberts from Dunedin is a very smart man.