US couple 'give back' with trailblazing Glenorchy camp ground 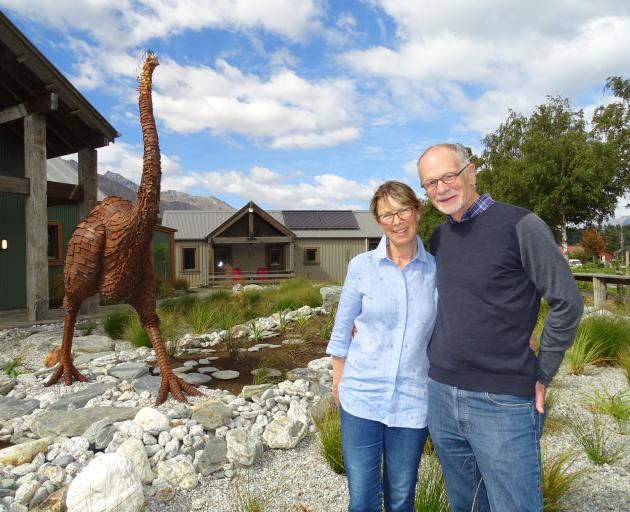 Camp Glenorchy founders Paul and Debbi Brainerd yesterday officially opened the camping ground - the most sustainable in the southern hemisphere - after four years of work. Photo: Tracey Roxburgh
Call it serendipity. Two United States-based philanthropists more than 20 years ago fell in love with Glenorchy and chose to actively retire in the community.

Debbi Brainerd had previously been involved in developing a children's outdoor learning centre in her home city of Seattle, and in doing so, preserved about 100ha of land.

She was on her way home from lunch at the Glenorchy Cafe one day and saw the former Glenorchy camping ground.

She thought it could use some ''TLC'' and then saw the ''For Sale'' sign. She mentioned it to her husband, Paul Brainerd, who has a background in software development, and he suggested the pair make an offer.

''Lo and behold, they accepted our offer,'' Mrs Brainerd said.

That was four years ago and it signalled the beginning of what they hope will become New Zealand's first net zero energy use camping ground and what is the southern hemisphere's most sustainable.

Mrs Brainerd paid tribute to all who ''just showed up and started helping us''.

''The magic of the place has their name all over it.''

Engineering systems were designed on the back of napkins and a huge number of contractors and artists were brought in to help bring the ideas to life.

For many, it was their first time dealing with that level of sustainable design and building, and some have taken the skills they learnt and established their own businesses.

Mr Brainerd said after the couple arrived in Glenorchy and began immersing themselves in the community ''it just felt right''.

''Camp Glenorchy seemed to be appropriate for what Glenorchy needed. Living wage jobs [and] a space where new business could [thrive]. We're just the shepherds.''

Mrs Brainerd said the past four years had taken ''emotional energy as well as our physical time''.

''We really think we're here to give back. Unless we take care of each other and take care of the land, it's kind of meaningless.

''We think the project called to us for some reason and that's why we're here.''

Former prime minister Bill English, on his last day in politics, said there would have been 100 reasons not to do what the Brainerds had done there.

''It's been a great pleasure to see your hopes and dreams built into something that enhances this entire district and [in particular] Glenorchy.

All profits from Camp Glenorchy would go to the Glenorchy Community Trust, directed by community leaders to support initiatives which enhance the liveability and vibrancy of the town. 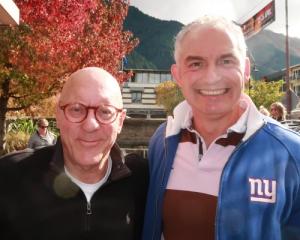 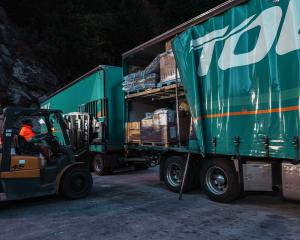